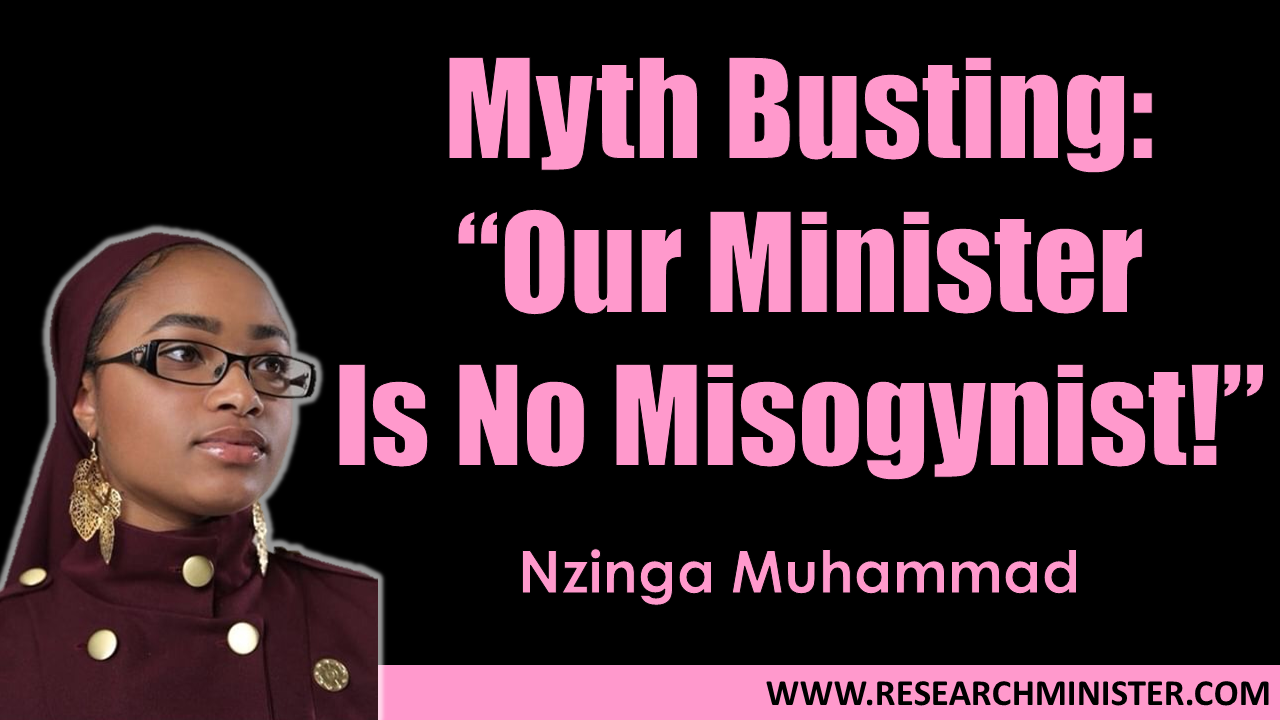 One of the most inaccurate and recycled lies about the Honorable Minister Louis Farrakhan is that he is misogynistic. The media has convinced many people that he holds attitudes that objectify, demean, and belittle women. Yet, seldom do his critics sit down and have dialogues with those of us who are in the ranks of the Nation of Islam as M.G.T & G.C.C and M.G.T Vanguard. Those who are not a part of the Nation of Islam would like to believe that they know what we are taught more than those of us who are actually in the ranks. No other black leader in America or otherwise delivers a message about women, particularly black women, with such reverence and respect as the Honorable Minister Louis Farrakhan. To charge our Minister with promoting misogyny is to participate in defaming the character of a man who has made the empowerment and liberation of women a top priority for decades. 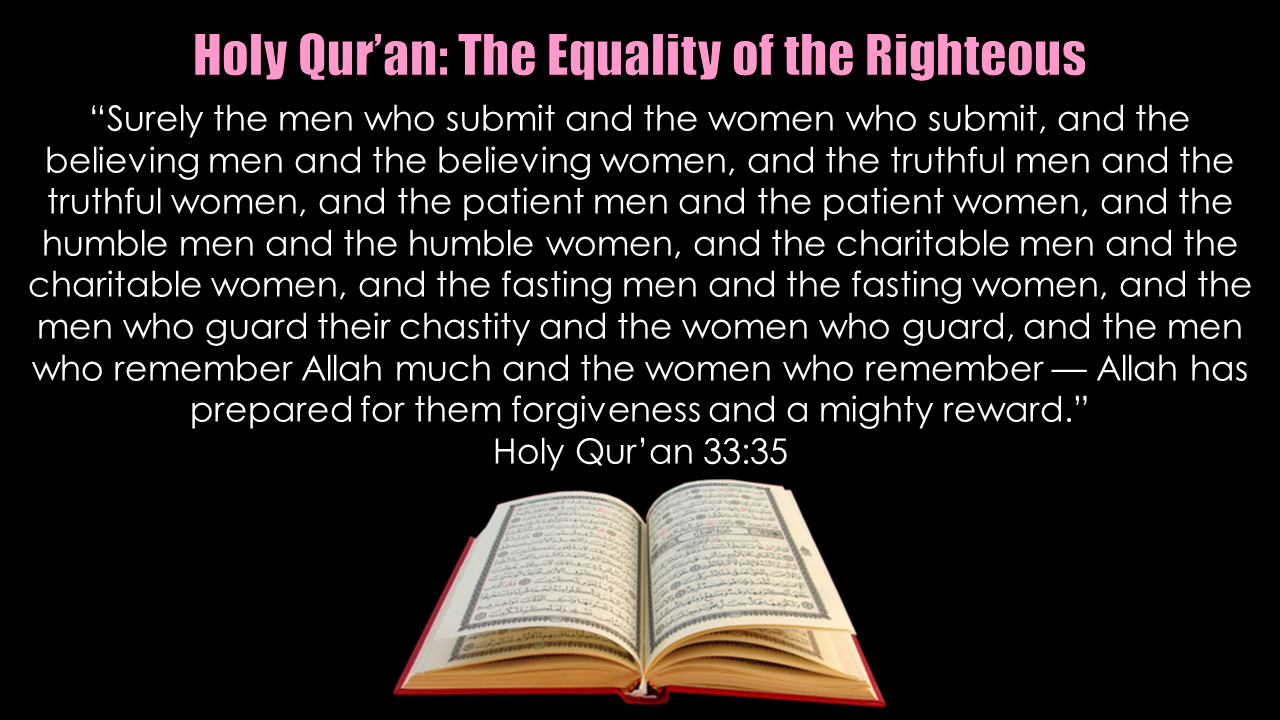 In a world where men have used scripture to relegate women to a subordinate and inferior status within society, Minister Farrakhan has been consistent in making sure that his ministry includes the elevation and upliftment of women.  He is constantly reminding us as women that we are “not the woman of man, but the woman of God.” In teaching this, he is liberating us from the idea that we belong to men for their pleasure and motives. Minister Farrakhan is always found condemning a prevailing view and idea that women are objects to be used and abused by men. On June 23, 1994, Minister Farrakhan delivered a lecture to all women entitled: A Nation Can Rise no Higher Than Its Woman. In this lecture he addresses how oppressive men have been to women, thus creating an unbalanced world:

“You have become, in this society, a piece of meat. You’re not a woman with spirit or intelligence to think and plan and create and be a balance for the man in government, in politics, in business, in religion. You are kept out of everything and by locking you out, man’s own power has made him unbalanced. And his own power has driven him crazy and he has made a world that is so wicked and self-destructive that if you don’t rise up as a mother and as a woman to take your place, the world will go down and take you down with it.”

Minister Farrakhan has also put to rest misconceptions that men have brought to religion when determining a woman’s role. For example, he has explained the symbolism behind women coming from a man’s rib, according to the story of Adam and Eve in the Bible. We did not come from the rib of man, we came directly from Allah (God), but this picture of coming from a rib has been used to put women on a level of lesser importance than men. Minister Farrakhan teaches that in the Bible, it is written that Allah(God) created both male and female and called their name Adam (Genesis 5:2). This would have to include the woman as sharing the same essence as the man, which is Allah (God) Himself, thus invalidating the idea that we are from a man’s rib. The Minister has also criticized and rebuked a common misconception from the Islamic world where some  place an overemphasis on the Quranic reference to men being a “degree above women” (Surah 2:228). He has taught us that “one degree” as in the case of a circle of 360 degrees is a minuscule amount of difference, and should not be used a justification for treating women as inferior. We are the equal of men. 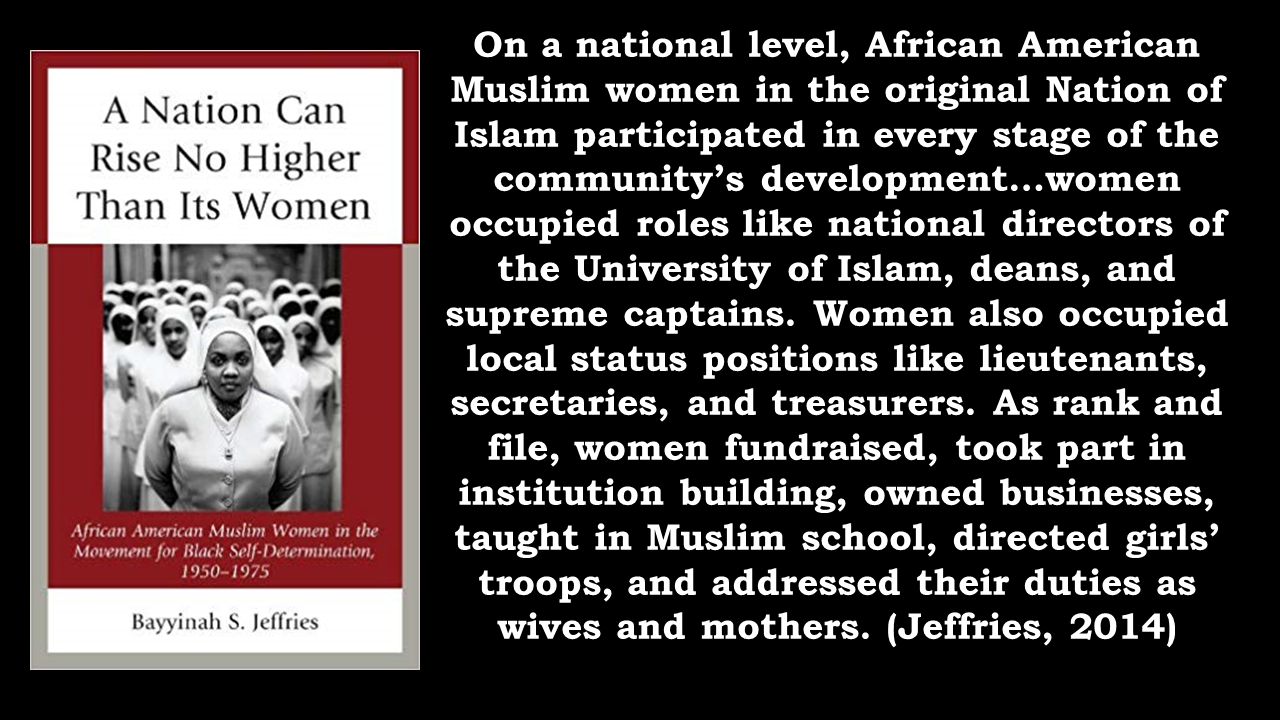 Lastly, one of the issues of women that Minister Farrakhan is passionate about is physical and sexual abuse . He has repeated countless times that if someone were to rape a woman, then the proper punishment is death itself. He condemns any man who does this to a woman. In his 2018 Holy Day of Atonement Address, he responded to the controversy of the nomination of Mr. Brett Kavanaugh to Supreme Court justice. Minister Farrakhan first acknowledged that Mrs. Christine Blasey Ford was definitely a victim of abuse and he defended those who have been victims of sexual assault, especially in the workplace. He told how tears were in his eyes when he saw Ford’s testimony against Mr. Kavanaugh. He also briefly explained the trauma that rape victims face. He stated:

“When that woman stood up and went through the horror of what Mr. Kavanaugh is alleged to have done to her, she had to relive it. Because that kind of thing when you experience it, you don’t forget that. It’s seared into your memory; you may put it behind you and think it’s gone somewhere, but when you least expect it, that thing will come out and make a problem for you.”

Minister Farrakhan also brought attention to the carelessness that female victims go through when accusing men in power. He said ,

“A man can go on with his life and become famous. But when you dog a woman nobody seems to give a damn about how much a woman suffers.”

“Misogynistic” is not an accurate description of Minister Farrakhan’s attitude towards women. Anyone who has doubts about his commitment to women must not have been keeping up with the work that he has done, and the message that he has spread for six decades. People who have never listened to a full lecture, or had a full conversation with a woman in the Nation of Islam have the audacity to be self-proclaimed experts on the man we follow. What he actually says and teaches about women does not match with the charges of belittling and degrading women. Minister Farrakhan has been and continues to be a man who has truly proven his love, and high respect for us. 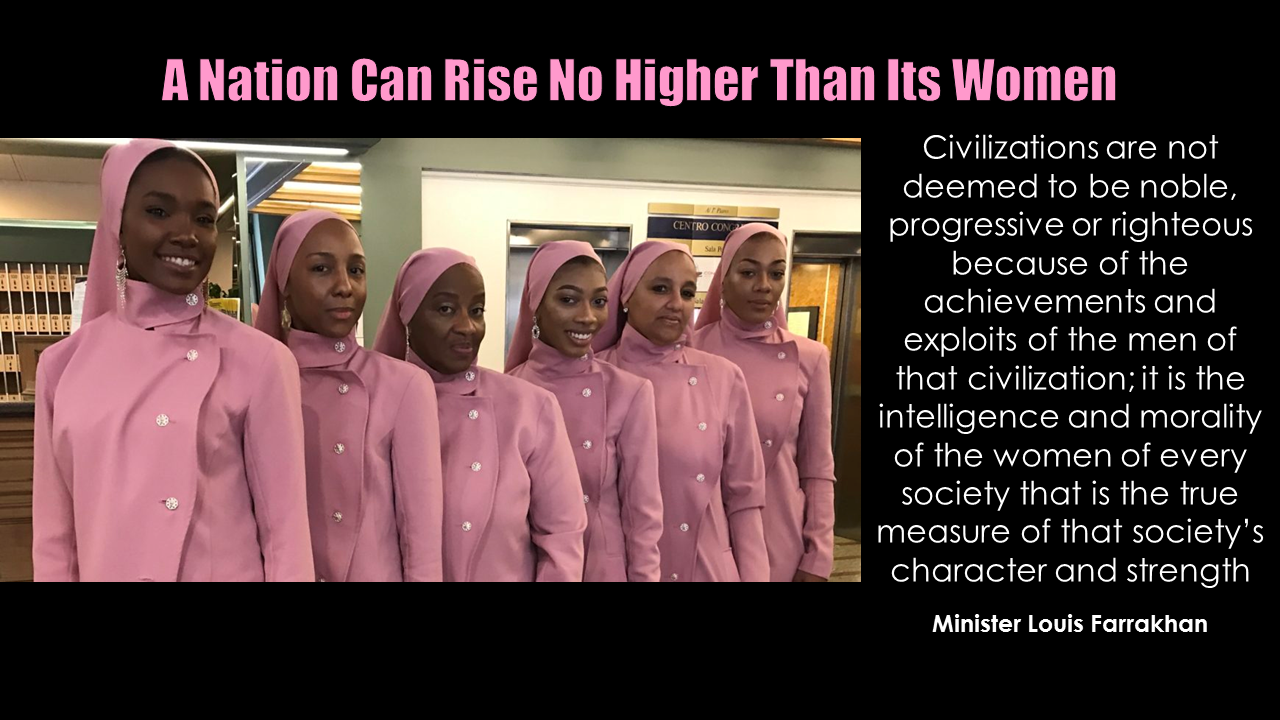