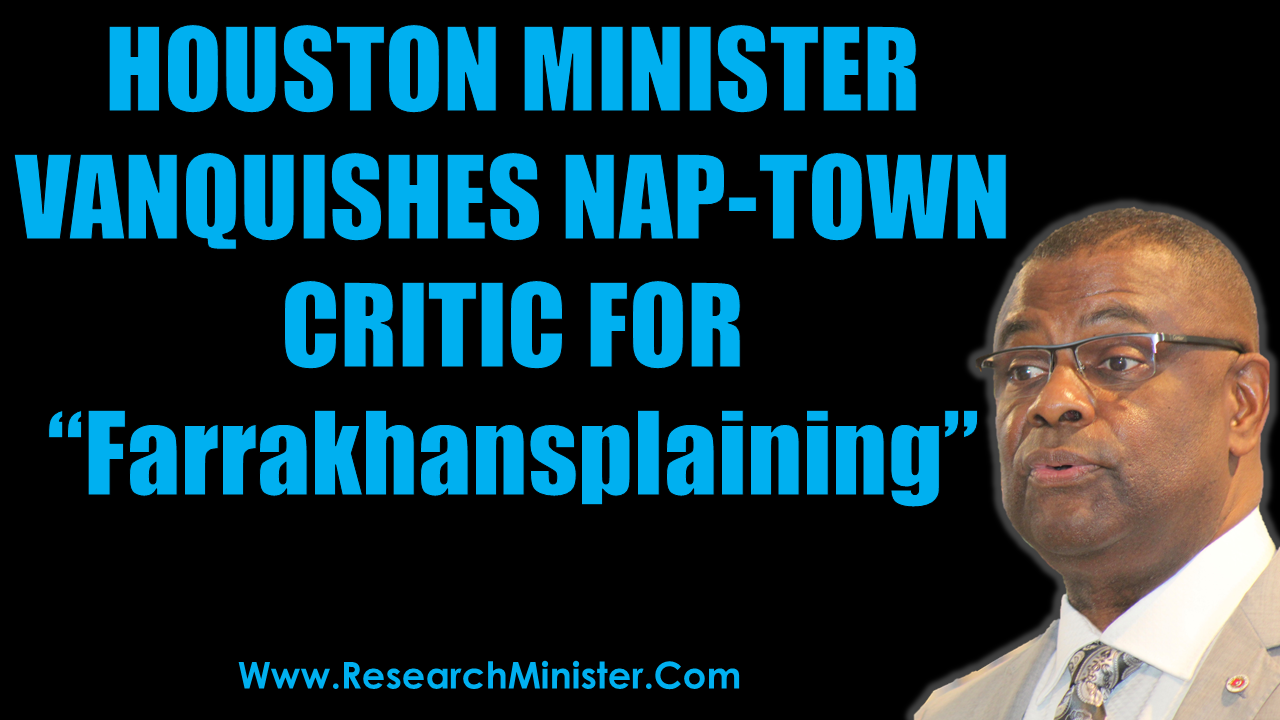 The Southwest Regional Student Minister of the Nation of Islam is Brother Dr. Abdul Haleem Muhammad.  He is a spiritual teacher, community activist and scholar.  He has summarily eviscerated the hollow commentary of Indianapolis writer Larry Smith.  ResearchMinister. Com appreciates Dr. Muhammad’s defense of the Honorable Minister Louis Farrakhan and is honored to publish it for the benefit of our readers.  Read, Reflect, Act and Share.