They Called Hitler “Great”, But Farrakhan Gets Punished

They Called Hitler “Great”, But Farrakhan Gets Punished 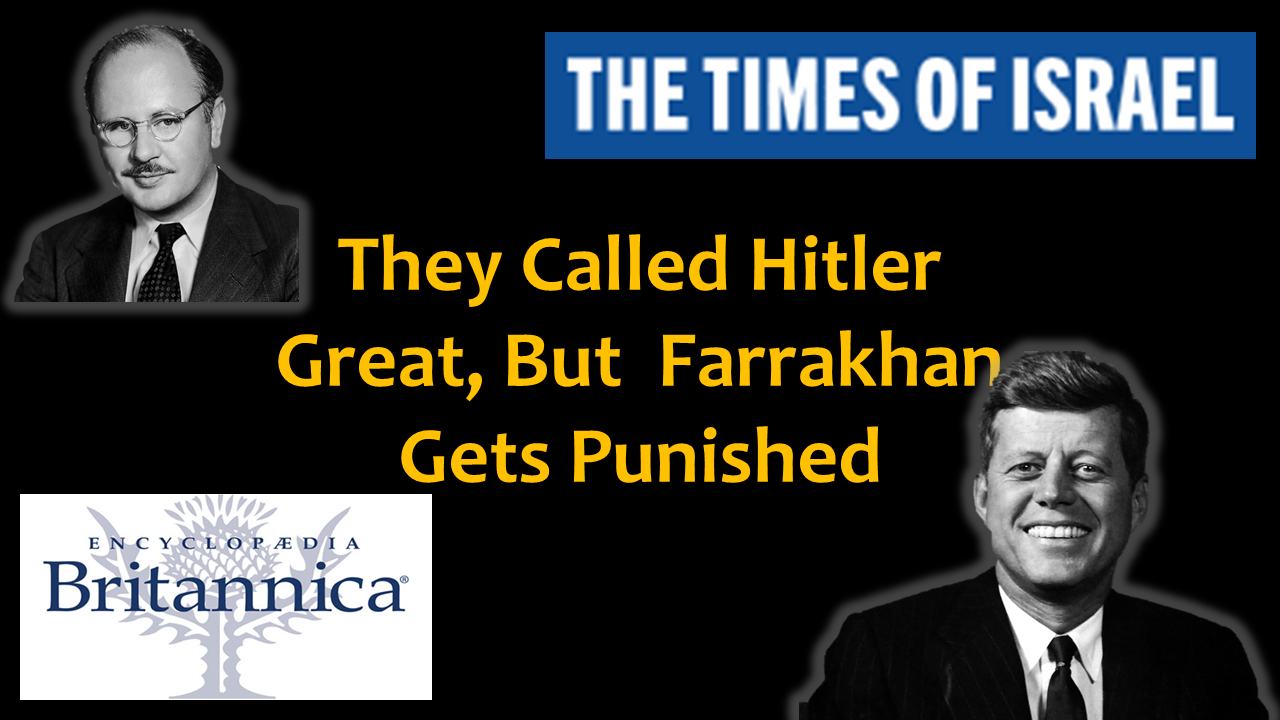 “So I said to the members of the press, ‘Why won’t you go and look into what we are saying about the threats on Reverend Jackson’s life?’ Here the Jews don’t like Farrakhan and so they call me ‘Hitler.’ Well that’s a good name. Hitler was a very great man. He wasn’t great for me as a Black man (See Hitler’s attitude toward Blacks) but he was a great German and he rose Germany up from the ashes of her defeat by the united force of all of Europe and America after the first world war. Yet Hitler took Germany from the ashes and rose her up and made her the greatest fighting machine of the twentieth century, brothers and sisters, and even though Europe and America had deciphered the code that Hitler was using to speak to his chiefs of staff, they still had trouble defeating Hitler even after knowing his plans in advance. Now I’m not proud of Hitler’s evil toward Jewish people, but that’s a matter of record. He rose Germany up from nothing. Well, in a sense you could say there is a similarity in that we are rising our people up from nothing, but don’t compare me with your wicked killers. 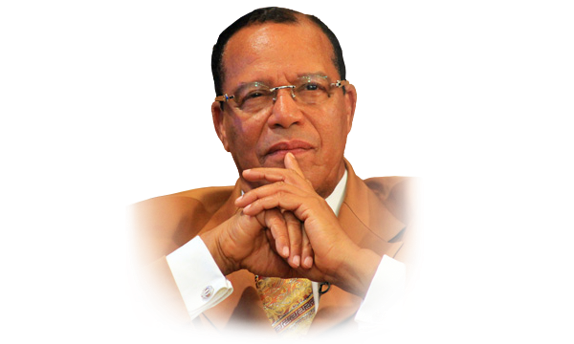 “Adolph Hitler is probably the last of the great adventurer-conquerors in the tradition of Alexander, Caesar and Napoleon…” 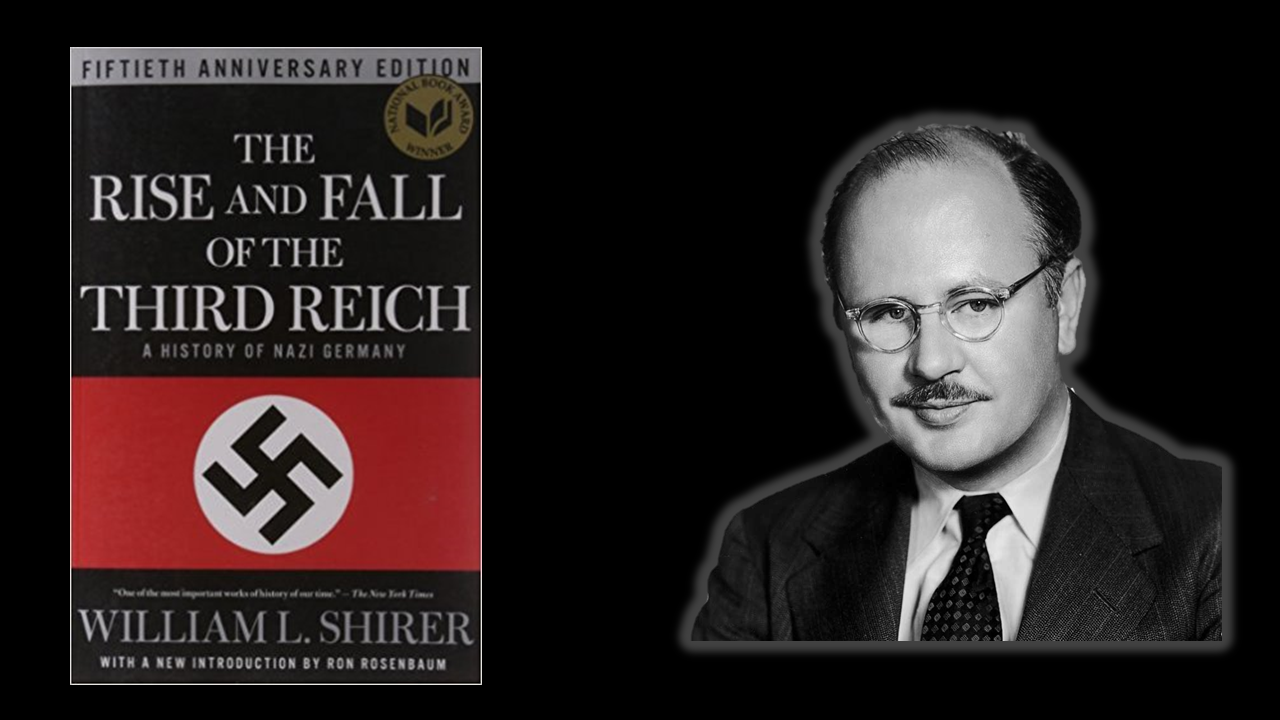 “In the summer of 1945 a 28-year-old John F. Kennedy was traveling through Europe as a Hearst war correspondent. His last stop was Germany, where he visited Adolf Hitler’s bomb-ravaged residence in the Bavarian Alps. (Just four months prior, the Führer had committed suicide in Berlin.)

Clearly impacted by his visit, Kennedy recorded his thoughts in his diary about the Nazi dictator.

“You can easily understand how that within a few years Hitler will emerge from the hatred that surrounds him now as one of the most significant figures who ever lived,” Kennedy wrote.

He added: “[Hitler] had boundless ambition for his country which rendered him a menace to the peace of the world, but he had a mystery about him in the way he lived and in the manner of his death that will live and grow after him. He had in him the stuff of which legends are made.” 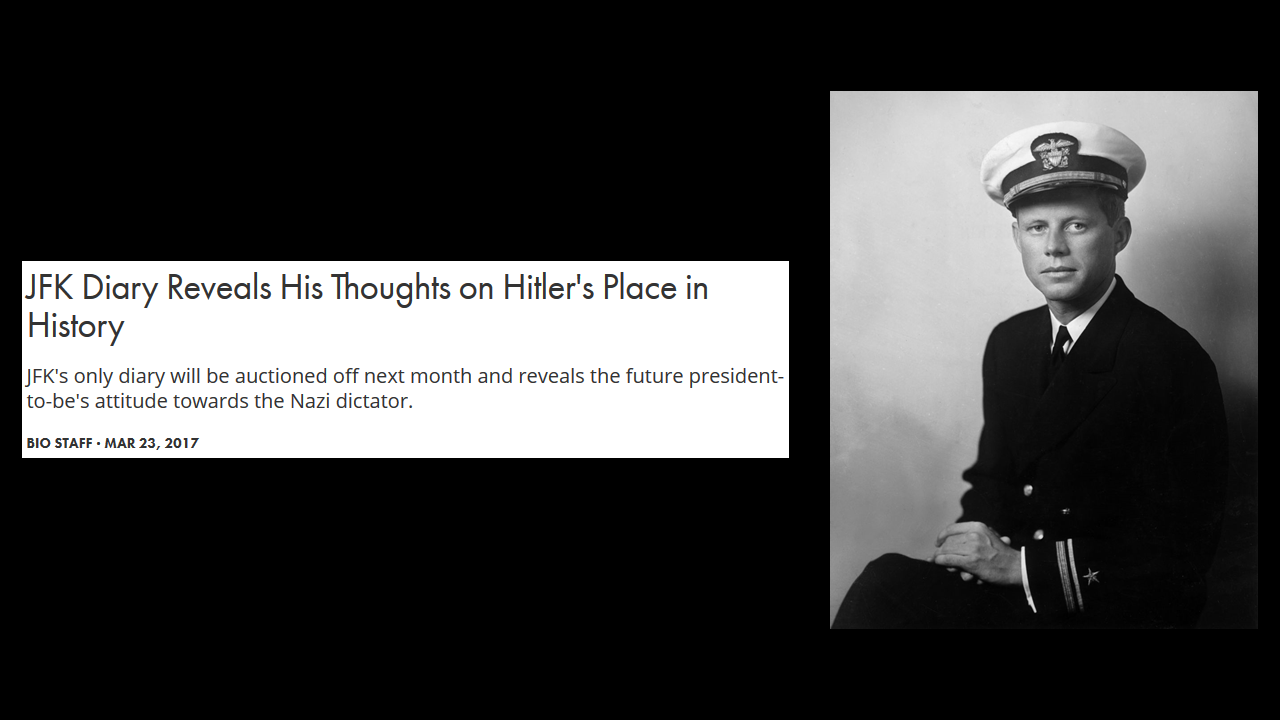 “There is a general consensus about his historical importance (a term that does not imply a positive judgment). Hitler was principally, and alone, responsible for starting World War II.

His most amazing achievement was his uniting the great mass of the German (and Austrian) people behind him. Throughout his career his popularity was larger and deeper than the popularity of the National Socialist Party. A great majority of Germans believed in him until the very end. In this respect he stands out among almost all of the dictators of the 19th and 20th centuries, which is especially impressive when we consider that the Germans were among the best-educated peoples in the 20th century.

Of course, what contributed to this support were the economic and social successes, for which he fully took credit, during his early leadership: the virtual disappearance of unemployment, the rising prosperity of the masses, the new social institutions, and the increase of German prestige in the 1930s—achievements unparalleled in the histories of other modern totalitarian dictatorships. In spite of the spiritual and intellectual progenitors of some of his ideas there is no German national leader to whom he may be compared. In sum, he had no forerunners—another difference between him and other dictators.

By 1938 Hitler had made Germany the most powerful and feared country in Europe (and perhaps in the world). He achieved all of this without war (and there are now some historians who state that had he died in 1938 before the mass executions began, he would have gone down in history as the greatest statesman in the history of the German people).” 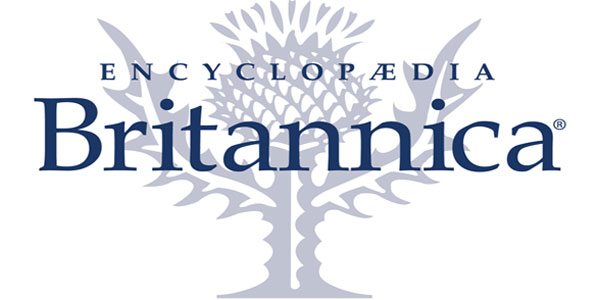 “JTA — “Herr Adolf Hitler of Germany would be covered with confusion if he dared to enter the strictly kosher home of Mrs. Rose Hitler, pretty young Jewish housewife, who lives at 233 E. 92nd Street, in the heart of Brooklyn’s Brownsville.”

That is the start of an improbable JTA article from June 1933, entitled “Kiss the Mezuzah — and meet the Brownsville Hitlers.” It is a snapshot of a time when Hitler was a recognizable, if increasingly ironic, Jewish surname in New York City. According to Rose Hitler, more than 30 families across the city bore the last name of the man who became the chancellor of Germany that year and one of history’s worst monsters.” 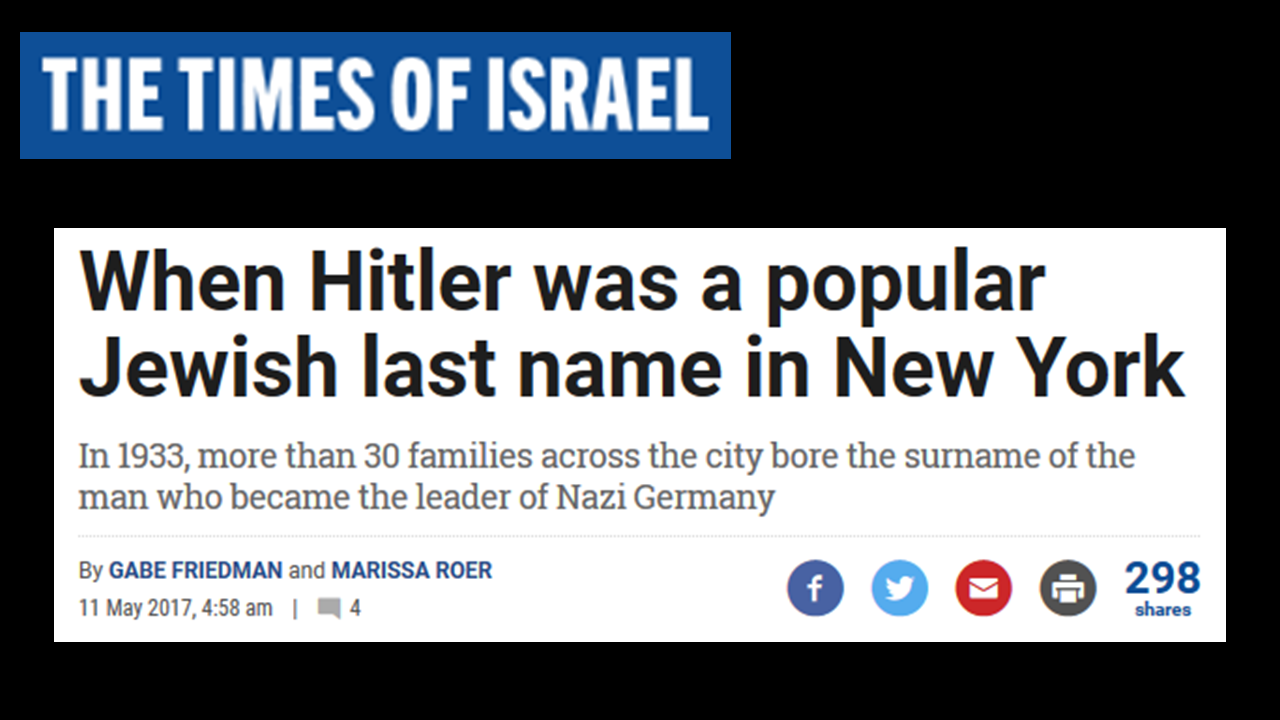 This startling information certainly places the statements made by the Honorable Minister Louis Farrakhan into proper historical context.  It shows that from an academic, political and historical perspective one can identify Hitler’s significance and simultaneously rebuke and condemn his evil.  The Minister did that in rejecting any connection between himself and “your wicked killers” of which Hitler most prominently typifies.  Furthermore, in the English language the word “great” is not the equivalent of the word “good”.  Consider the usage of “great” in the following ” the great white shark”; “Babylon the Great”; “the great Lakes”. At no point in the usage of “great” in these examples is it being used to suggest that the word being described as “great” is actually “good.”