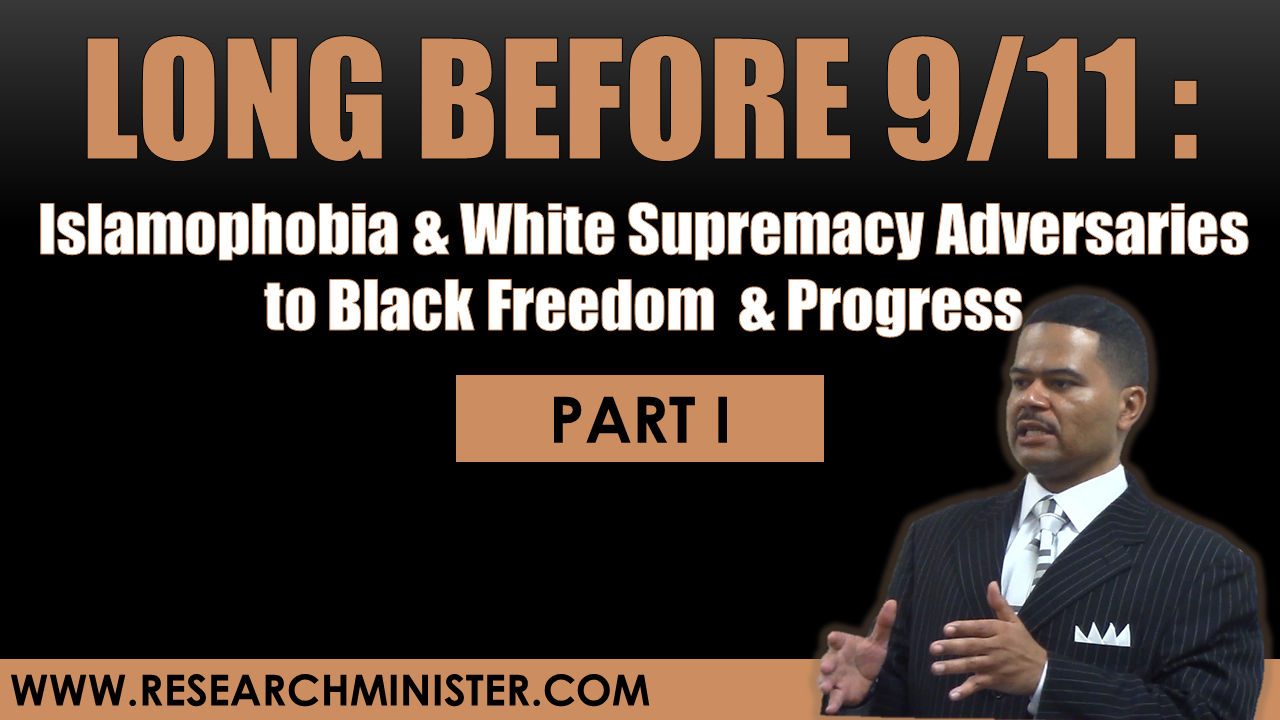 The Loss of Our Muslim Brothers & Sisters

It is with deep sadness, pain and surreal shock that I have watched and beheld the news coverage of the terrible act of terror and evil that was visited upon my Muslim brothers and sisters in Christchurch, New Zealand.  The fact that Islam makes each Muslim, the brother and sister of every Muslim-whether we know one another personally or not- causes all Muslims to experience a great sense of loss and sadness upon learning of what happened to our brother and sister believers in New Zealand.  Only a monster would purpose to wreak havoc on sincere men, women and children who gathered together for no other reason than to obey the command of Allah (God).

I join the global Muslim community as one the mourners of those whose lives were savagely taken in New Zealand.

As Muslims, Allah’s command to us is that all believers gather together on Fridays for congregational prayers.  The command insists that Muslims make a departure from work, school, business endeavors and other pursuits so that we can go to the mosque or masjid and join the ranks of the faithful and pray within an august assembly of human diversity and fellowship.  The Friday prayers of the Muslims, known as jumuah, consists of 2 major worship activities, the first worship activity is the preaching of the khutbah or short sermon delivered by an imam or khatib to the attentive audience gathered together at Allah’s (God’s) command.  The other activity is the performance of the obligatory prayers known as salat ul-jumuah.

That a white supremacist would target the Friday prayer service of Muslims is highly significant.

It is significant first and foremost because it is an open act of aggression against  the most powerful adversary to the global existence of white supremacy in its capacity as the predominant ideology of world domination.  White supremacy is a philosophy of oppression that has poisoned all institutions, seeking to subjugate and denigrate all non-white peoples.  Islam is its natural and historic adversary.  That the New Zealand terrorist targeted the Friday Jumuah service, and not some other gathering, points to this important fact.  For it is the congregational prayer that is one of the 4 unifying institutions of Islam, and the one that displays both the unity and diversity of race, class, creed and color.  Describing the congregational prayers of Muslims, renowned Muslim scholar Maulana Muhammad Ali noted its unifying power when he wrote:

“Prayer promotes social relations between the different sections of the Muslim community.  Far more important than this, however, is the leveling of social difference brought about by means of congregational prayer.  Once within the doors of the mosque, every Muslim feels himself in an atmosphere of equality and love.  Before their maker they all stand shoulder to shoulder, the King along with the poorest subject, the rich man arrayed in gorgeous robes with the beggar clad in rags, the white man with the black.  Nay the king or the rich man standing in the back row will have to lay his head, prostrating himself before God, at the feet of the beggar standing in the front.  There could be no more leveling influence in the world.  Difference of rank, wealth and color vanish within the mosque, and quite a new atmosphere, an atmosphere of brotherhood, equality and love, totally differing from the outside world, prevails within the Holy precincts.  To be able to breathe, five times daily, in an atmosphere of perfect peace, in a world of strife and struggle, of equality where inequality is the order of the day, and of love amid the petty jealousies and enmities of daily life, is indeed a blessing.  But it is more than a blessing; for it is the great lesson of life.  Man has to work amidst inequalities, amidst strife and struggle, amidst scenes of hatred and enmity, and yet he is drawn out of it all five times a day, and made to realize that equality, fraternity and love are the real sources of human happiness.  The time spent on prayer is not therefore, wasted even from the point of view of human activities; on the contrary the best use of it is made in learning those great lessons which make life worth living.   And these lessons of fraternity, equality and love, when put into practice in daily life, serve as foundations for the unification of the human race and of the lasting civilization of mankind.  In fact the five daily congregational prayers are meant, among other things, to carry into practice the theoretical lessons of equality and fraternity for which Islam stands, and however much Islam may have preached in words the equality of man and the fraternity of the community of Islam, all this would have remained a dead letter had it not been translated into the every-day life of man through the institution of the five daily congregational prayers.”

Attacking a prayer service that is the most powerful global symbol of the willingness for unity on the part of humanity, in spite of our numerous differences, demonstrates that the time elapsed philosophy of white supremacy is vehemently opposed to the ideas of equality and racial harmony that Islam uniquely incorporates into its religious teachings and rituals.

Islam As A Spiritual Force to Rebel Against Slavery

This attack is also significant because it is a painful reminder of the frequent setting or environment where Islam, as the feared adversary to white supremacy, has a long history.

Islamophobia or “the irrational fear of Islam”, contrary to popular belief, is not a recent phenomenon that began in a post 9/11 political environment.  Islamophobia has been a characteristic feature of the oppression and enslavement of Black people in America.  It is a part of the elemental components of what makes up white supremacy.

Slave traders, slave breakers, slave masters and slave overseers all had a fear of the Islamic presence among Black people.  History Professor and Author Eugene Genovese said that the most feared source of resistance to the enslavement of Black Africans within the European Trans-Atlantic Slave Trade was the Muslims.  According to Professor Genovese’s work From Rebellion to Revolution he writes:

“The influence of Islam in the wave of risings in Bahia may serve as an example. Throughout the Americas, Muslim slaves earned a reputation for being especially rebellious. The political-religious ideology they brought from West Africa ill-prepared them for enslavement… In Bahia, an Afro-Brazilian Islam brought together African peoples…. As Triming -writes, “Islam, being a universal religion, spreads the conception of the inhabitable world along with that of the universal God and establishes a link between peoples who formerly had little to prepare them to live harmoniously together.” Indeed, the ability to unite peoples of different cultures and socioeconomic systems into a coherent civilization marked the political genius of Muhammad and of the classical Muslim state-builders. Afro-Brazilian Muslims played a prominent part in the revolts that shook Bahia during the early nineteenth century: in 1807, 1809, 1813, and with special force in 1816, 1826, 1827, 1830, and most dangerously in 1835.”

Islam’s ability to inspire Black resistance to enslavement and oppression is what the Europeans feared most.  And according to researcher Matthew Restall in his journal article Black Conquistadors, Armed Africans in Early Spanish America, Islam in the Americas became outlawed by the Spanish Crown:

“In the early sixteenth century, Spanish Crown legislation aimed at reducing the incidence of slave rebellions attempted to prevent the importation into the colonies of Africans deemed most pugnacious. The Crown and its colonial officials varied on their opinions as to which Africans were the most bellicose, but two categories appeared most consistently in such commentary and legislation. These were Muslims (or anyone of African descent who may have been exposed to Islam, which periodically included mulattos, ladinos or Hispanized Blacks, and anyone from Guinea); and Wolofs, described in royal legislation of 1532 as “arrogant, disobedient, rebellious and incorrigible.”

During the 20th Century the presence of Islam in America emerged in strong movements for freedom and liberation among Black people.  The most popular of these movements include Marcus Garvey and the United Negro Improvement Association; Noble Drew Ali and the Moorish Science Temple; and the Most Honorable Elijah Muhammad and the Nation of Islam.  These powerful movements have in common the spiritual inspiration of Islam and the resultant commitment to Black freedom and progress.  All of these movements were resistance movements against the continued oppression of Black people by America’s unique manifestations of white supremacy in every area of life.

The universal value and importance of Islam was always at the heart of the Most Hon. Elijah Muhammad’s ideas as evidenced by what he  wrote in 1936 to His ministers when he stated that Islam:

And yet despite the peaceful work of the Nation of Islam and other Muslim groups they became targets, not of “wild-eyed radicals” or grassroots type white supremacist iterations.  On the contrary, they were the targets of well-funded and highly sophisticated sabotage efforts carried out by the most powerful government forces in America, whose mission it was to neutralize them and remove the presence of Islam from the American cultural, political and economic landscape. A brief timeline of some of the  activities carried out by the U. S. government to destroy Black America’s most courageous and significant movement-the Nation of Islam is found below: 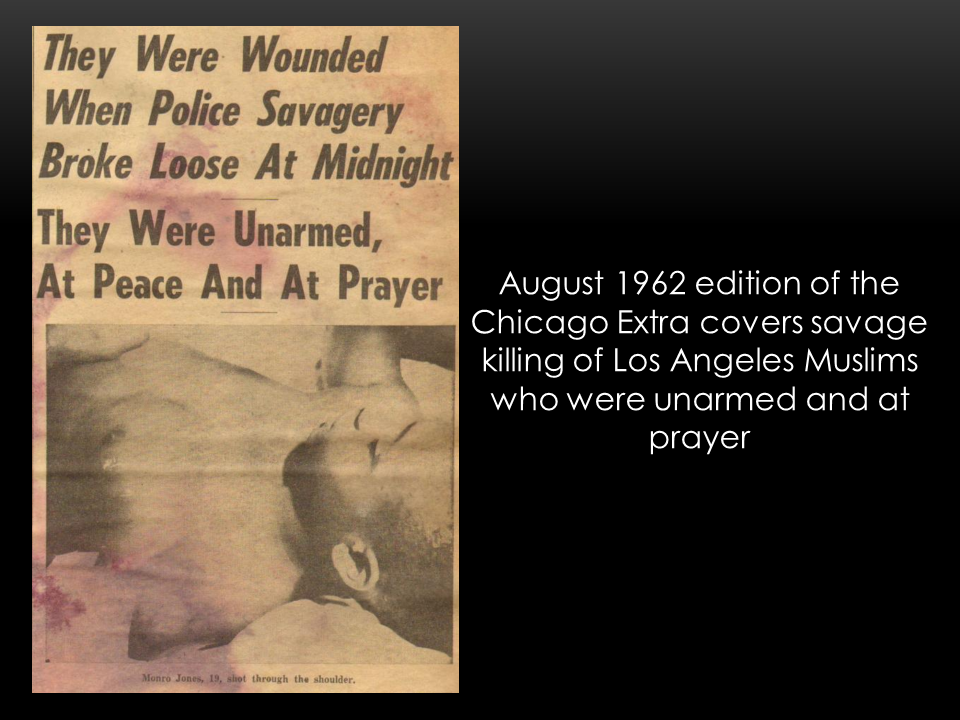 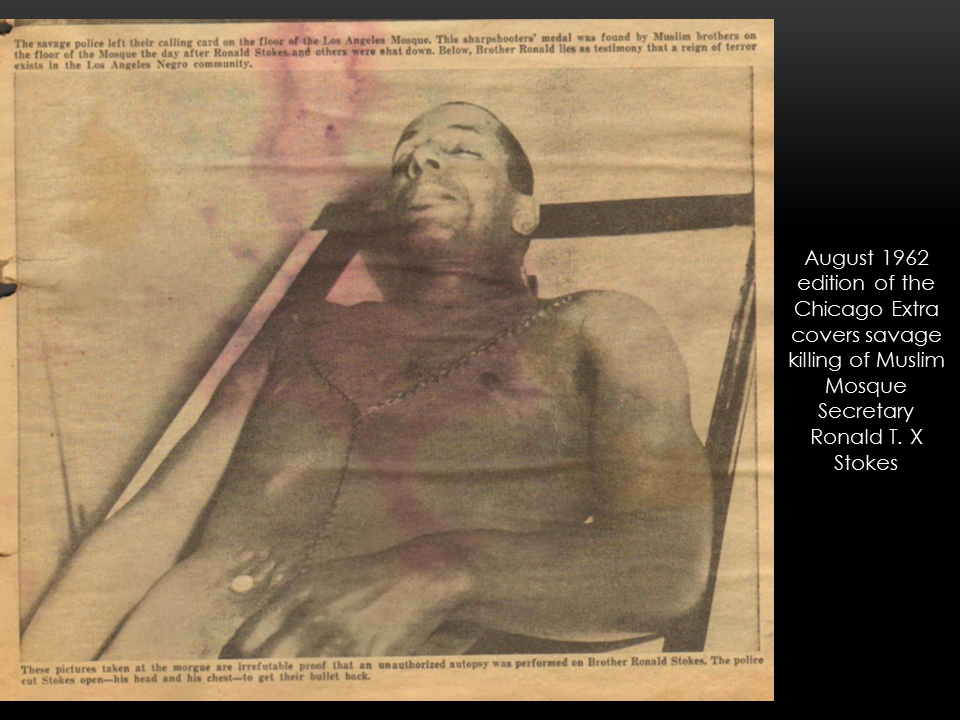 Timeline of Islamophobic Sabotage of Black Muslims by U.S. Government

1942-The Honorable Elijah Muhammad was arrested on charges of sedition

1957-Wire taps installed at residence of the Honorable Elijah Muhammad at 4847 S. Woodlawn Avenue in Chicago

1959-The FBI launches a full scale media campaign against the Nation of Islam.  This included the use of publications such as  Time, U.S. News and World Report, Saturday Evening Post

1964-February memo from FBI revealed their plans to foment and exacerbate tensions between Malcolm X and the Honorable Elijah Muhammad. 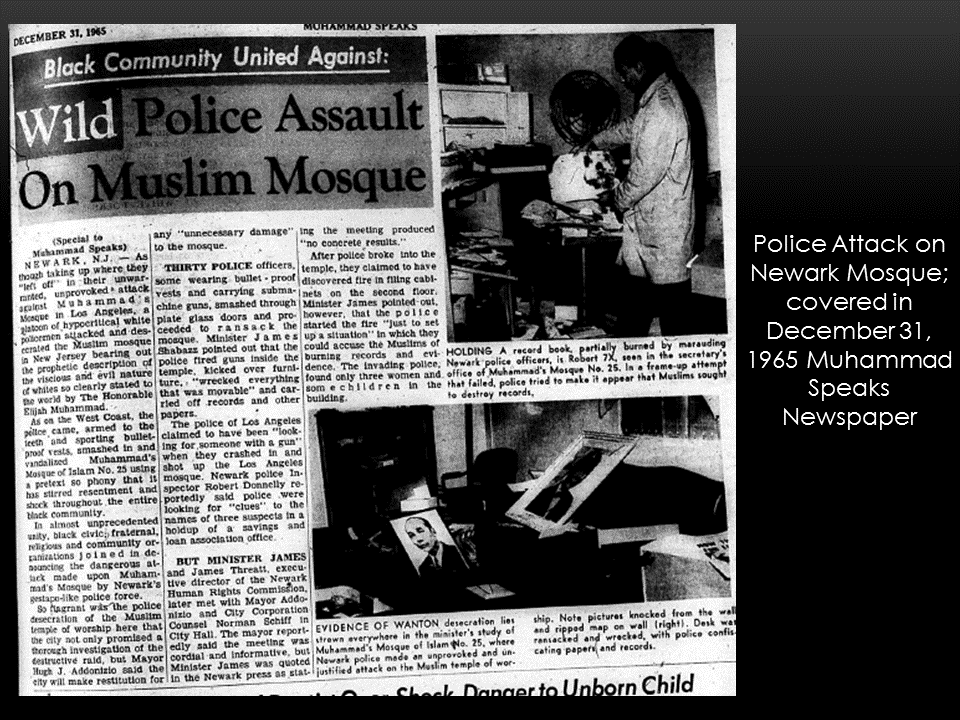 1965-FBI informants on scene and integral part of the assassination of Malcolm X; memos reveal FBI informants in the top levels of Nation of Islam leadership and within the inner-circle of Malcolm X’s OAU and Muslim Mosque Inc. groups

1967-Elijah Muhammad named as target in the newly established COINTELPRO-Black Nationalist Hate Groups program of the FBI.  This intensifies and prolongs the FBI’s aggressive tactics to neutralize the Nation of Islam.  Under COINTELPRO the Nation of Islam was the victim of negative propaganda via bureau friendly journalists; suffered the infiltration of informants and provocateurs; endured its efforts to recruit youthful members being frustrated; and experienced the bureau’s use of anonymous mailings to NOI members and leaders that sought to cause members to leave the organization and leaders to fight and hurt one another. 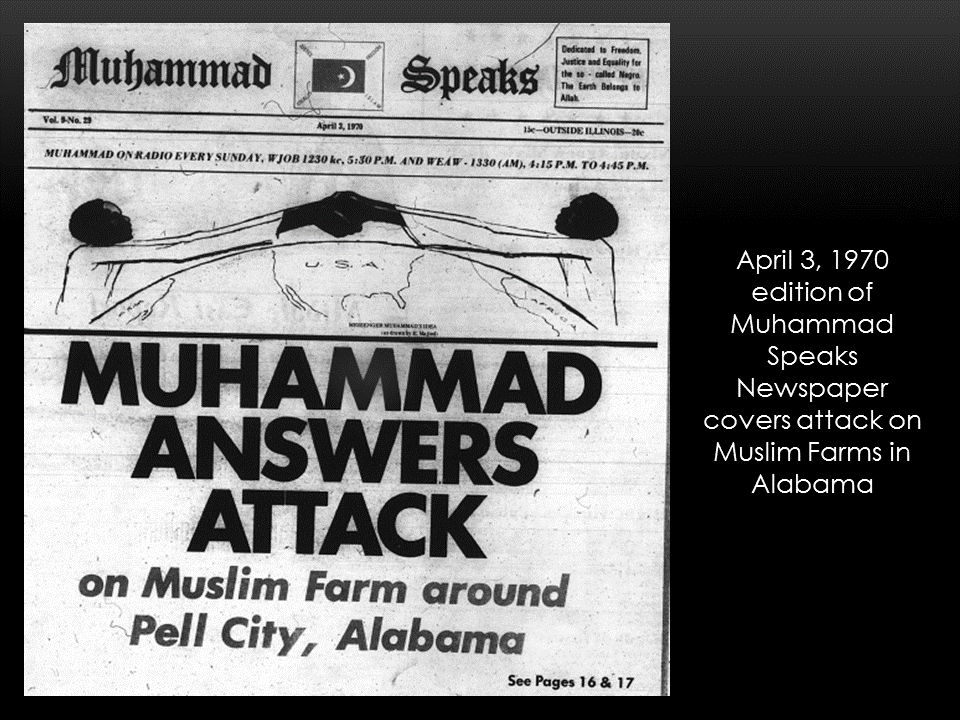 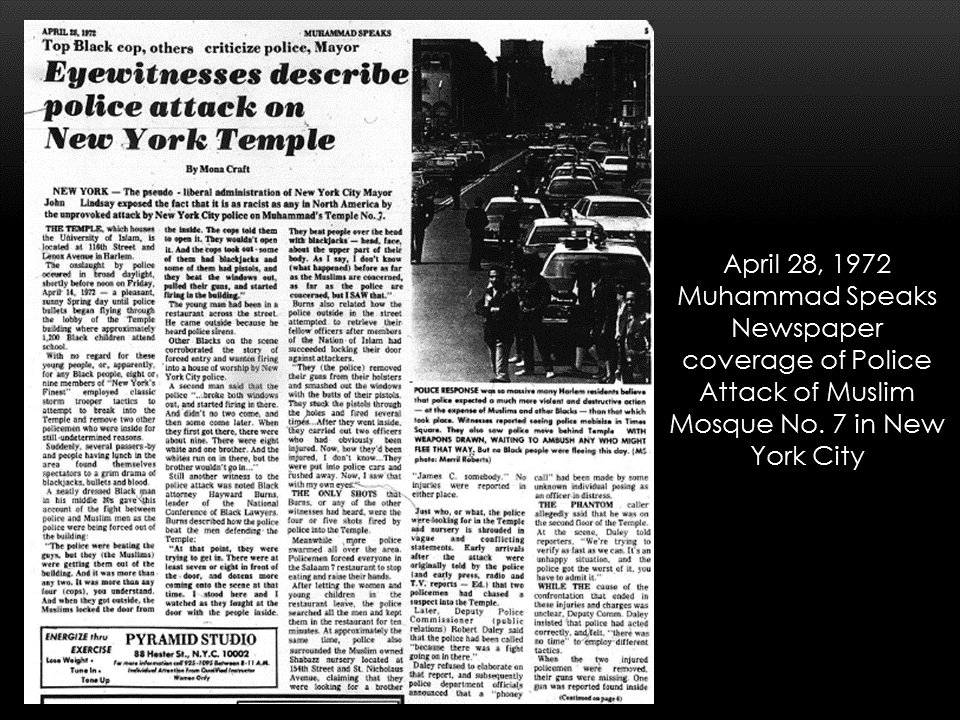 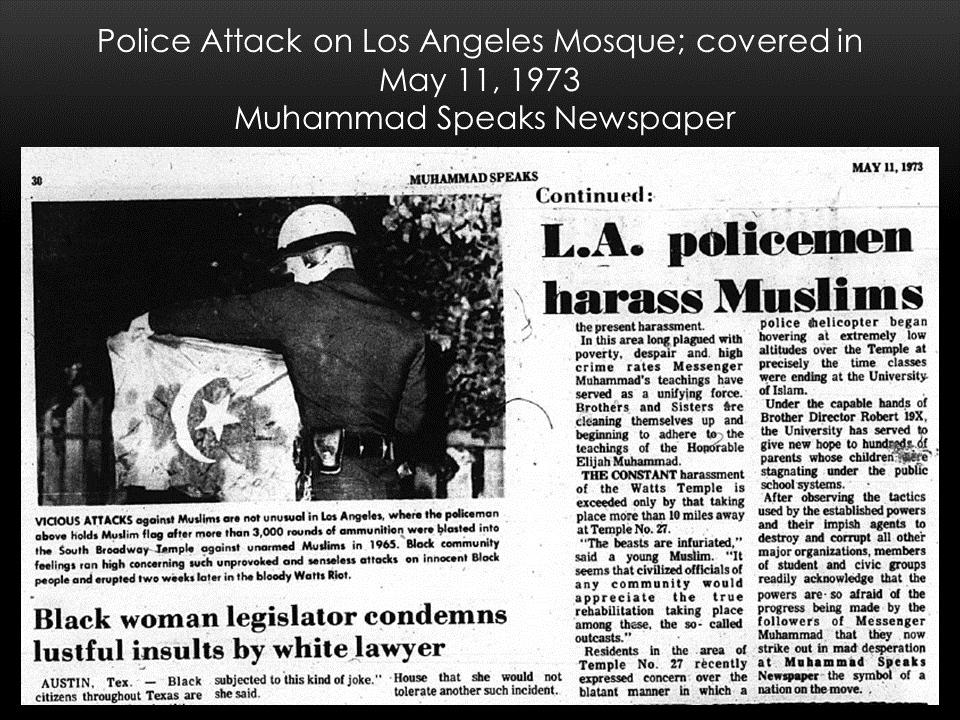 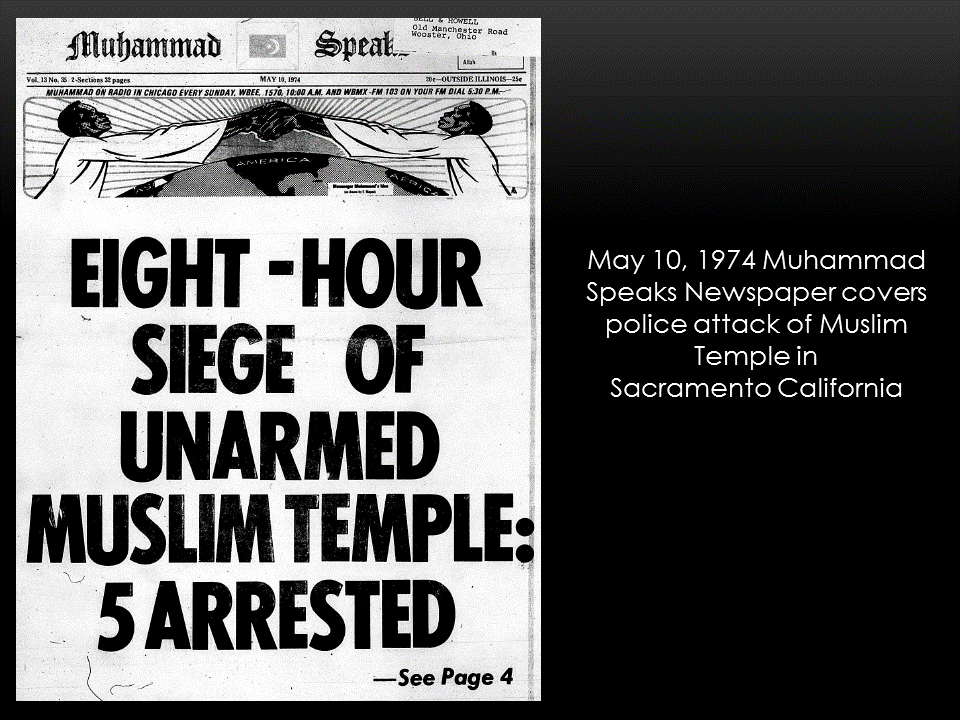