MINISTER FARRAKHAN: A Portrait in Humility 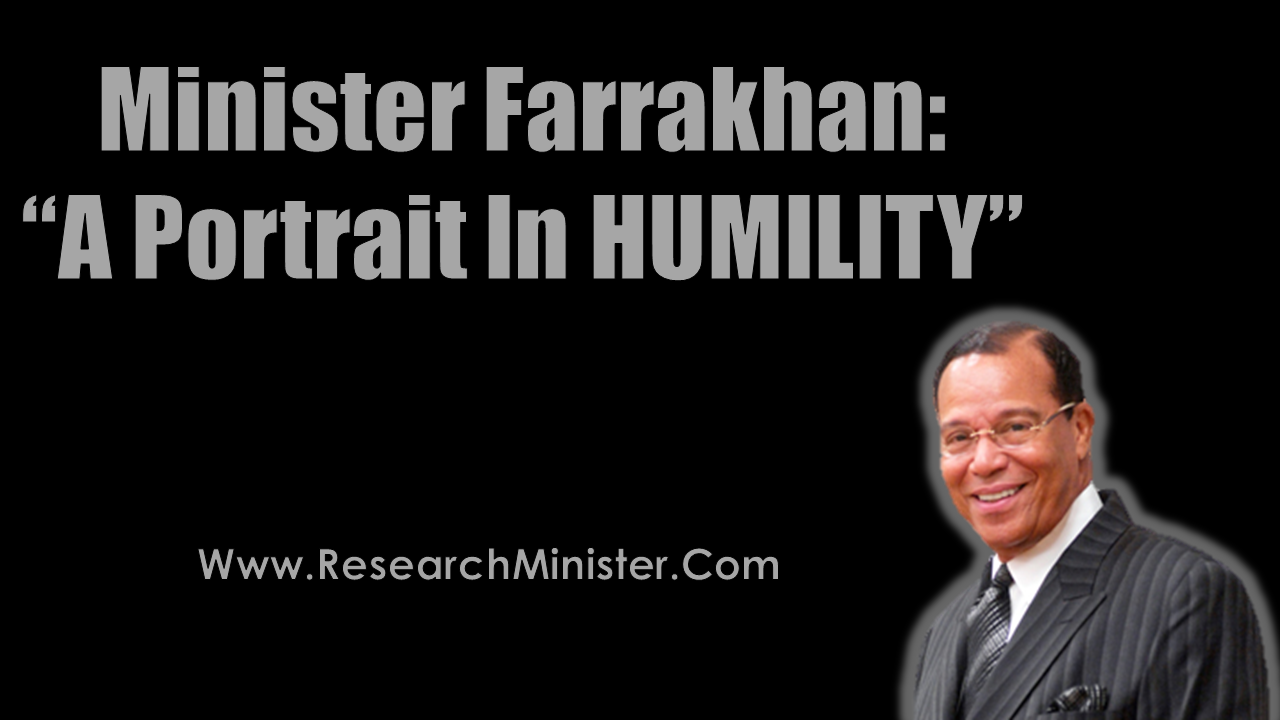 Often times the leadership profile among those in the community contains characteristics that are unbecoming of anyone who would serve the people.  Minister Farrakhan , while being the most prolific and magnetic of the leaders in the Black community has always maintained an extraordinary quality of humility.  He is bold, courageous and strong in the face of the enemies of the Black community’s resurrection.  But he is personally a man that is very humble.   Unlike many others, you never find the Minister conducting himself in a self-serving, proud, boastful kind of way.  He sees himself as a servant of God and humanity.  ResearcMinister is pleased to share the following words from our beloved Minister as he was interviewed by Bro. Minister Jabril Muhammad.  The full interview is found inside the book Closing the Gap, which can be purchased on www.finalcall.com/store

“I was telling Brother Jabril [two nights earlier] that no matter what people say of me and how people are saying things all over the world, I feel like a little boy inside of a mature man.  Now look at that picture: a little boy inside of a mature man.  As the man is getting older and wiser, the people outside are relating to this mature man who is representing Allah(God), the Honorable Elijah Muhammad, Prophet Muhammad and the Truth, but, on the inside there is this little boy who is almost oblivious to the kudos and the praise and all that is being said to the mature man on the outside.  The little fellow on the inside may want to play.  He may want to do some little silly thing.  He is not even aware of the greatness that Allah (God) is making of him.  He is just happy being a little boy on the inside of this mature man.

I keep thinking, as I look at myself, no matter what people say, “how great he is”, yet I see myself just like I was when we (looking at his wife) were back in Roxbury, Massachusetts and I am this little fellow respectful of my elders and always willing to do little things to help this one and that one; never taking myself seriously. That is my protection.  The little boy on the inside is protected from all of the praise and the kudos, fame, popularity, adulation, and acclamation, on the mature man growing on the outside. 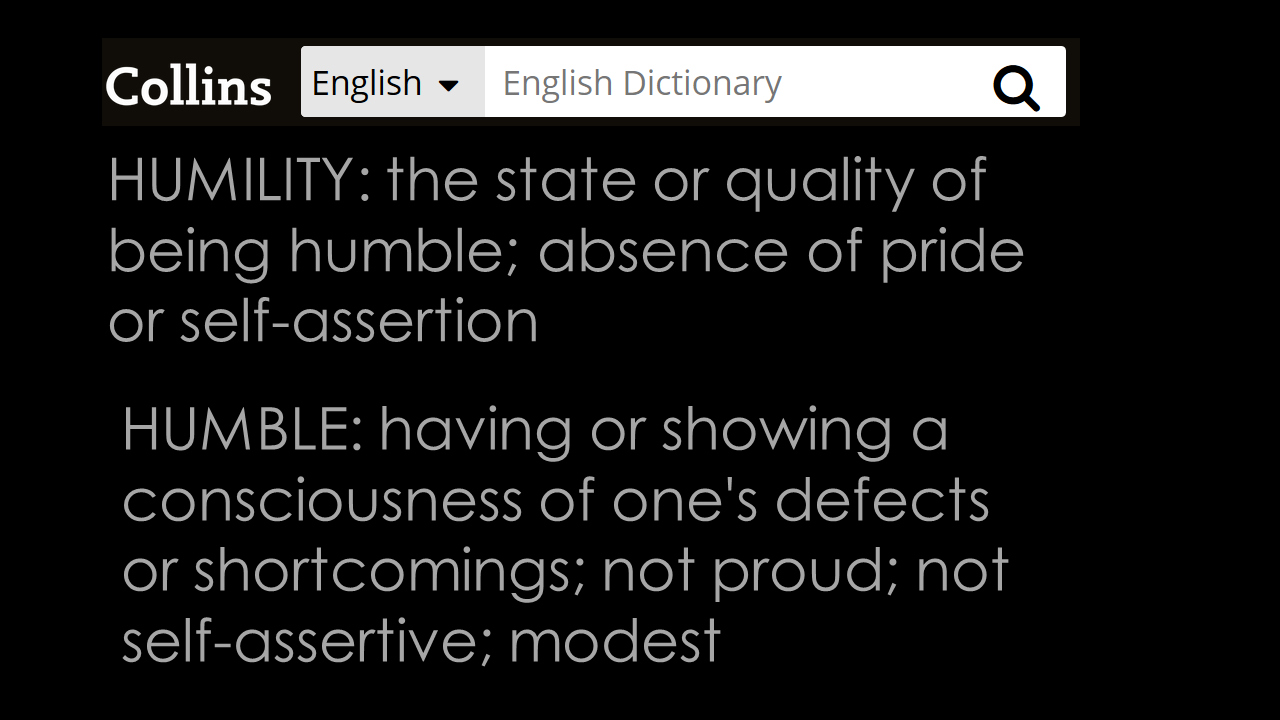 The little fellow, if there is a cartoon that could be drawn of a man growing in stature and the lines in his face and the wisdom that he speaks and the audiences cheering, and on the inside there is this little boy playing hopscotch or playing with his marbles and he is oblivious to the people outside saying great and wondeful things about him.  He is hitting that marble.  He is just doing his “little boy” things.

So, no matter what people say; no matter how much they praise me; it does not affect me, because it only reaches the head of the old man, but the little fellow on the inside didn’t hear it.  He doesn’t know it.  You know?  I don’t know why I made that picture; but that’s the way I feel inside.

You know how old people can sit at a table and talk and the little boy is looking for a way to get away from table so he can do “little boy” things?  Am I making sense? [We all laugh; for he is crystal clear and in a very touching and sensitive manner.]  That’s a heck of a picture, isn’t it?

So I don’t know what games people have on their minds, but little children do not [arrogantly] judge people.  Little children have a way of looking at people, they may not go to everybody, but they are innocent.  And because they are innocent, they have to be protected.  That’s that little fellow within.  Now, the old guy might be wise enough to protect the little fellow within, but I think the little fellow within the old fellow outside just looks mature and sound mature and affects the world as a mature man; but on the inside, he’s just a little boy, innocent, and will never be affected by the praise of the people. 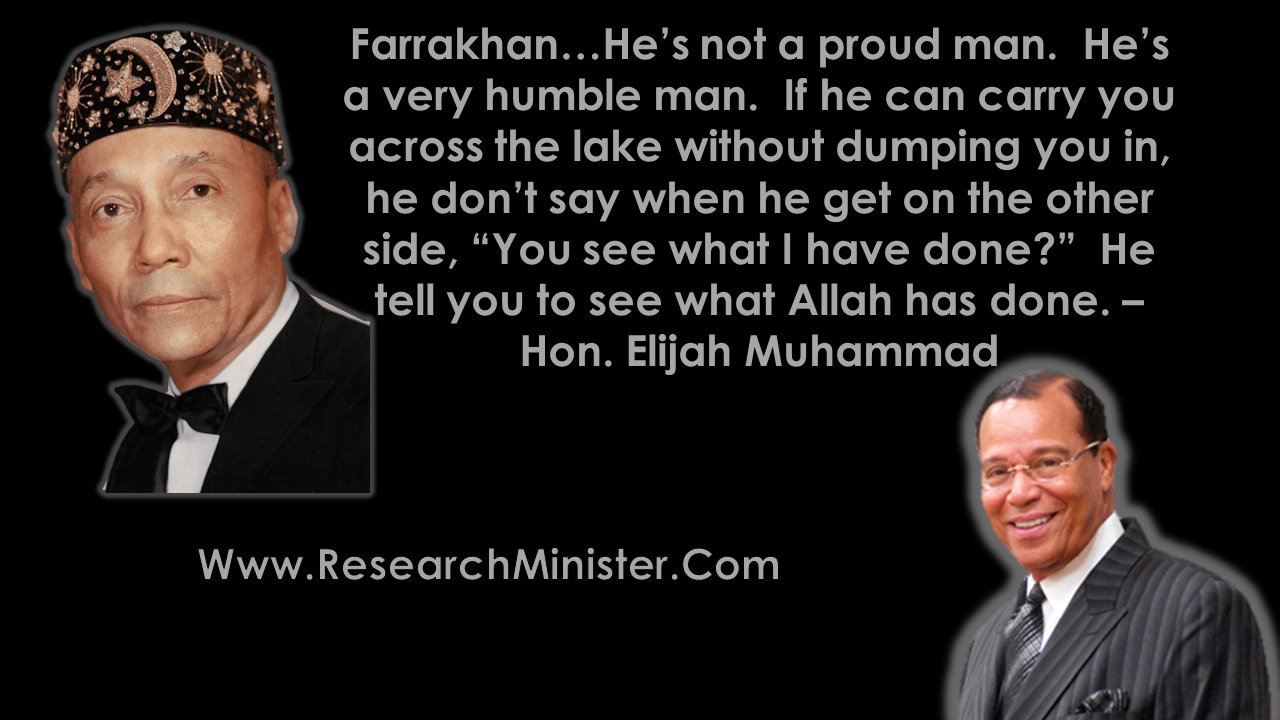 And when death overtakes him, he won’t know anything of his so-called greatness.  He will only know he is grateful that he was blessed to live to serve a great God, Allah, and a great cause, Islam, and a great teacher, the Honorable Elijah Muhammad.

I was telling Brother Jabril how young people get fame and fortune quickly and lose it almost as quickly as they get it.  It destroys them, because it really takes time to produce greatness.  Real greatness; just takes time.

And so God, in allowing me to grow, I don’t care if millions of people applaud me and cheer me, the little boy inside is oblivious to that.  He hardly hears it and that is not his interest.  His interest is in the game of marbles; not really marbles but, you know; I just don’t know how to explain it.”