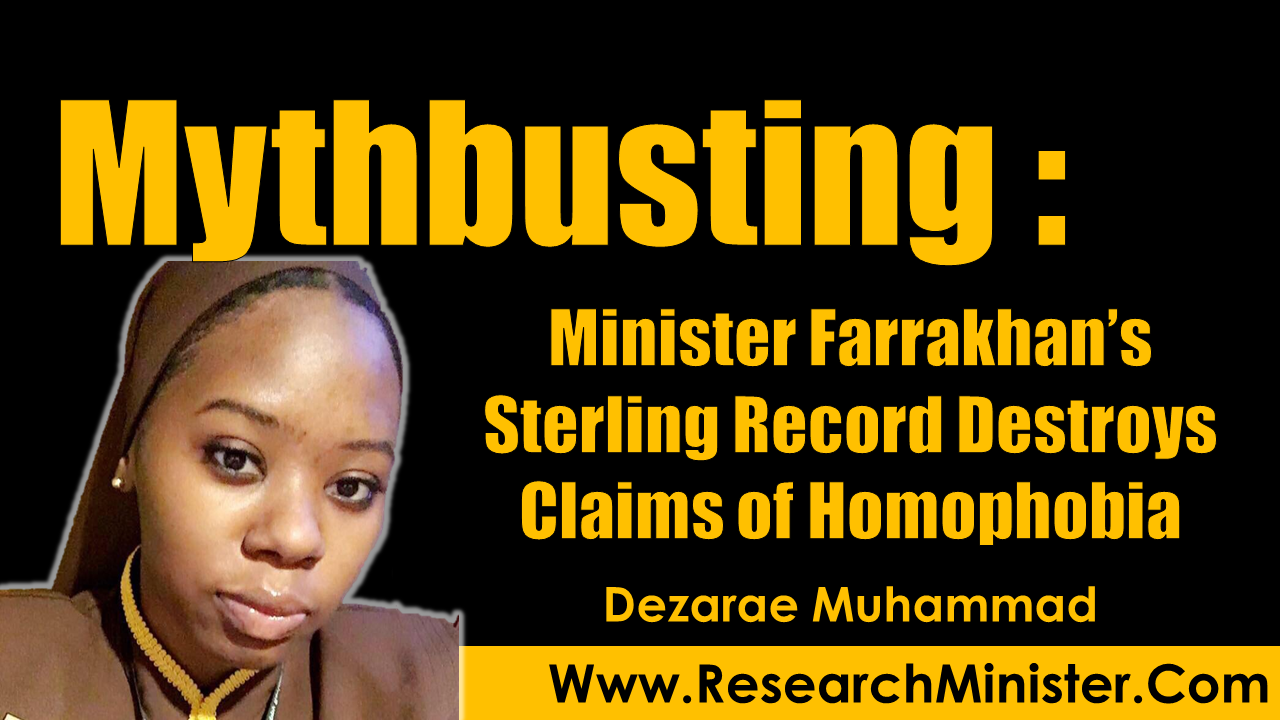 One of the many false labels attached to the ministry of The Honorable Minister Louis Farrakhan is that he’s “homophobic.”

The critics of The Honorable Minister Louis Farrakhan often take his words towards our homosexual brothers and sisters out of context, while selectively choosing seconds-long sound bites from the Minister’s hours-long messages as a way to prove their false claims.  Minister Farrakhan is not a teacher of hate.  He is a beautiful man of God, who deeply loves his people, and we can prove it!

Consider the dictionary definition of the word “homophobic”:

unreasonable fear of or antipathy toward homosexuals and homosexuality.

The Honorable Minister Louis Farrakhan does not have an “unreasonable fear” towards homosexuals, nor does he demonstrate “antipathy” towards them. “Antipathy” is defined as: 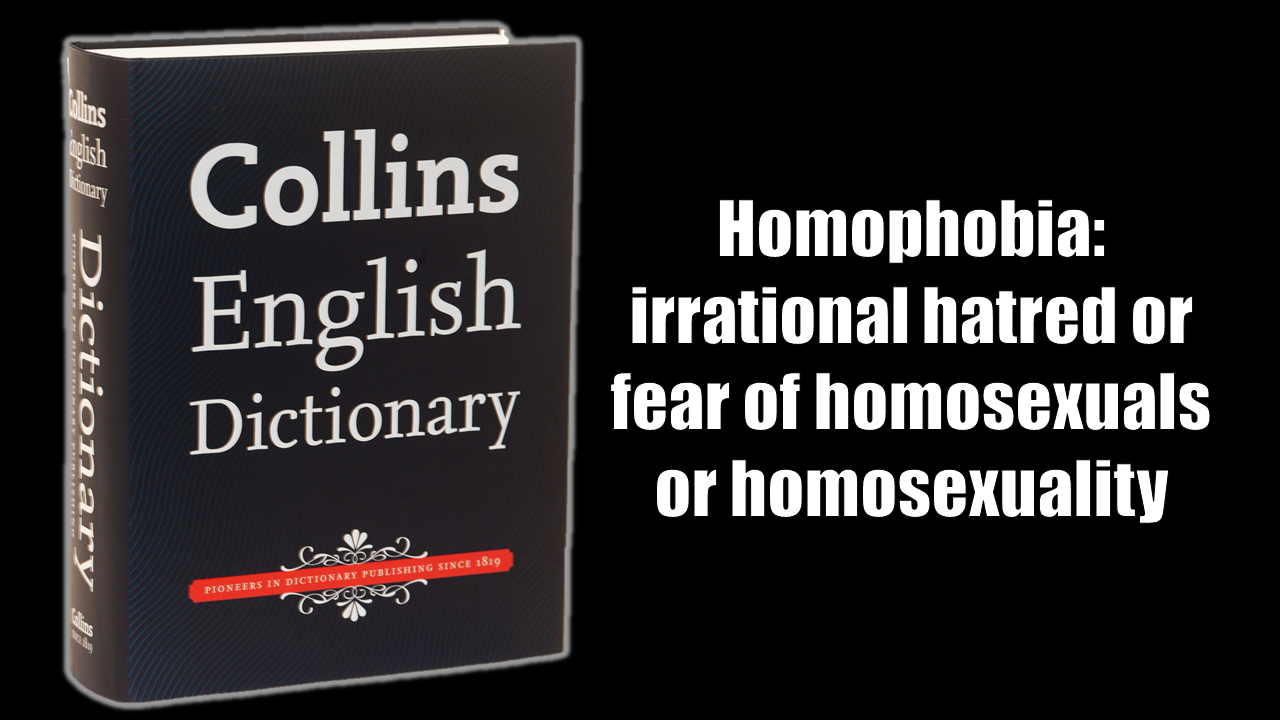 Now, let’s consider the evidence that proves that the Honorable Minister Louis Farrakhan does not exhibit fear or repugnance towards our brothers and sisters who identify as LGBTQI.  During part 2 of the Minister’s magnificent Saviours’ Day address, delivered on February 25, 2018 he stated the following:

“Now, to my dear beloved brothers and sisters who are lesbian, or homosexual, or LGBTQ: I don’t dislike you; I am your brother, I love you.”

Let’s stop there. Does that sound like an individual exuding fear, repugnance and aversion? Does that sound like it’s coming from a hateful individual? Far from hate and loathing, this is a clear expression of love and compassion.  The Minister’s views on the subject of homosexuality and lesbianism are based upon the sacred texts of Jews, Christians and Muslims.  The Minister additionally stated:

“But wait — I am a minister of the real Christ. I can’t tell you that you are acceptable. I can tell you, ‘You can come as you are, but with Christ, you can’t stay that way.’”

As a spiritual teacher and minister, Minister Farrakhan’s mind and heart is shaped and formed by the mind and heart of God that has been revealed within the word of God.  To condemn the Minister’s views is to simultaneously condemn the view and perspective of God that has been documented within the Torah, Gospel and Holy Qur’an.  Wouldn’t you agree that for the Minister to take a position that does not agree with the tenets of his faith as a Muslim, would make him hypocritical?

As The Minister stated at a press conference on May 9, 2019:

“I’m not a homophobe. Don’t be angry with me if I stand up on God’s word.”

A representative of God teaching contrary to what God teaches — it’s oxymoronic. You cannot be angry with this man for standing on what God says. To be clear and for the benefit of our readers, let’s review what the Word of God has to say:

Think about how someone in Minister Farrakhan’s position-a position of great power-could inspire or instruct his many followers to carry out hate crimes against the object of his hatred.  Yet the Nation of Islam has no record of hate crimes against anyone.  There is no member of the LGBTQI community that can honestly say that they have been harmed or disrespected by Minister Farrakhan.

“We don’t go around beating up people who say they’re gay, or queer, or lesbian. I teach them with love, and they come to me.” -Saviours’ Day Address, February 17, 2019

If the Minister was a true homophobe, a true hateful person — why would members of the homosexual community come to him for counsel? As many young people might respond in a situation like this,  “Make it make sense.”

The Honorable Minister Louis Farrakhan is no homophobe. Like all men and women of God, the Minister speaks a bold truth and truth can make a person uncomfortable when the light of truth is being shone upon a part of their lives that God is displeased with.  And so instead of accepting the truth and struggling to come into alignment with the truth, there are those who attack the truth and the preacher of truth.

I say to the critics of our beloved Minister, “where are your facts; where is your evidence?” Being caught up in your feelings, you react with baseless accusations to a message of pure truth.  But the time has come, and we will not stand for the continued slander of a man that has been such an extraordinary blessing to us. We bear witness that Allah(God) is with him; and we are with Minister Farrakhan too!

Dezarae Muhammad is a student of The Honorable Minister Louis Farrakhan, from Muhammad Mosque #92.