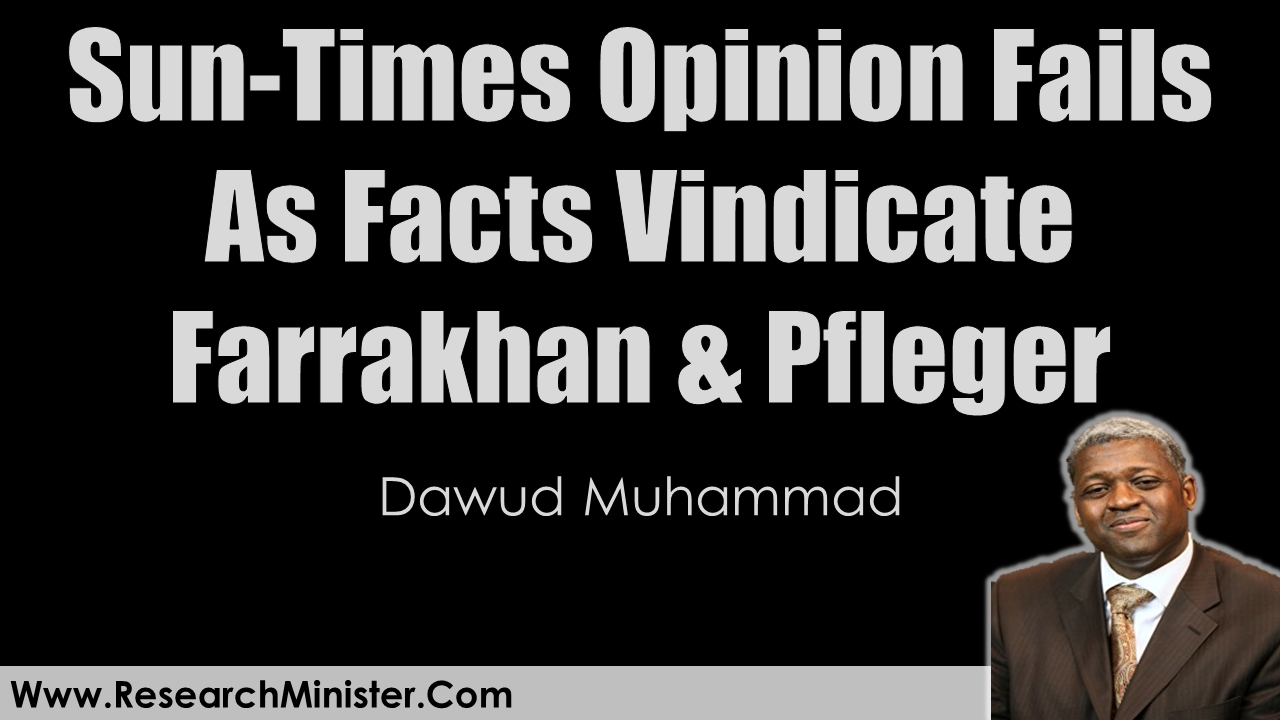 In the Op- Ed section of The Chicago Sun Times (May 20, 2019) Jay Tcath executive vice president of the Jewish Federation of Chicago wrote:

(Father) “Pfleger knows that Facebook didn’t ban only Farrakhan, but several white supremacists too. Surely he knows of Farrakhan’s infamous anti-Semitic assertions: Jews are termites and Satanic; were behind the 9-11 attacks; Allah will punish them; Jews are wicked deceivers of the American people and suck their blood; are sending this nation to hell; Judaism is a gutter religion; and, at the University of Tehran, Farrakhan led chants of “Death to Israel,” “Death to America!”

In this excerpt the writer assert’s that Father Pfleger was indulging in hatred instead of fighting it by opening up the doors of his church (St.Sabina) to the Honorable Minister Louis Farrakhan to, in Father Pfleger’s words, “come and respond to this unjust ban and his right and all of our right to the first amendment to be given protection to free speech in this country.”.

Further in the same paragraph Mr. Tcath Repeats The distorted interpretations, misquotes and outright lies cast at The Minister by his detractors since 1984. Rather than address each lie or distortion one by one I would like to offer a defense by first framing it in the form of a question; Why has Minister Louis Farrakhan failed at promoting hatred, bigotry and antisemitism?

You would think in 65 years of traveling the width and breath of this country and teaching people in the thousands, the hundreds of thousands and yes- the millions there would be some evidence of the Ministers influence on the behavior of his followers, supporters and well-wishers. 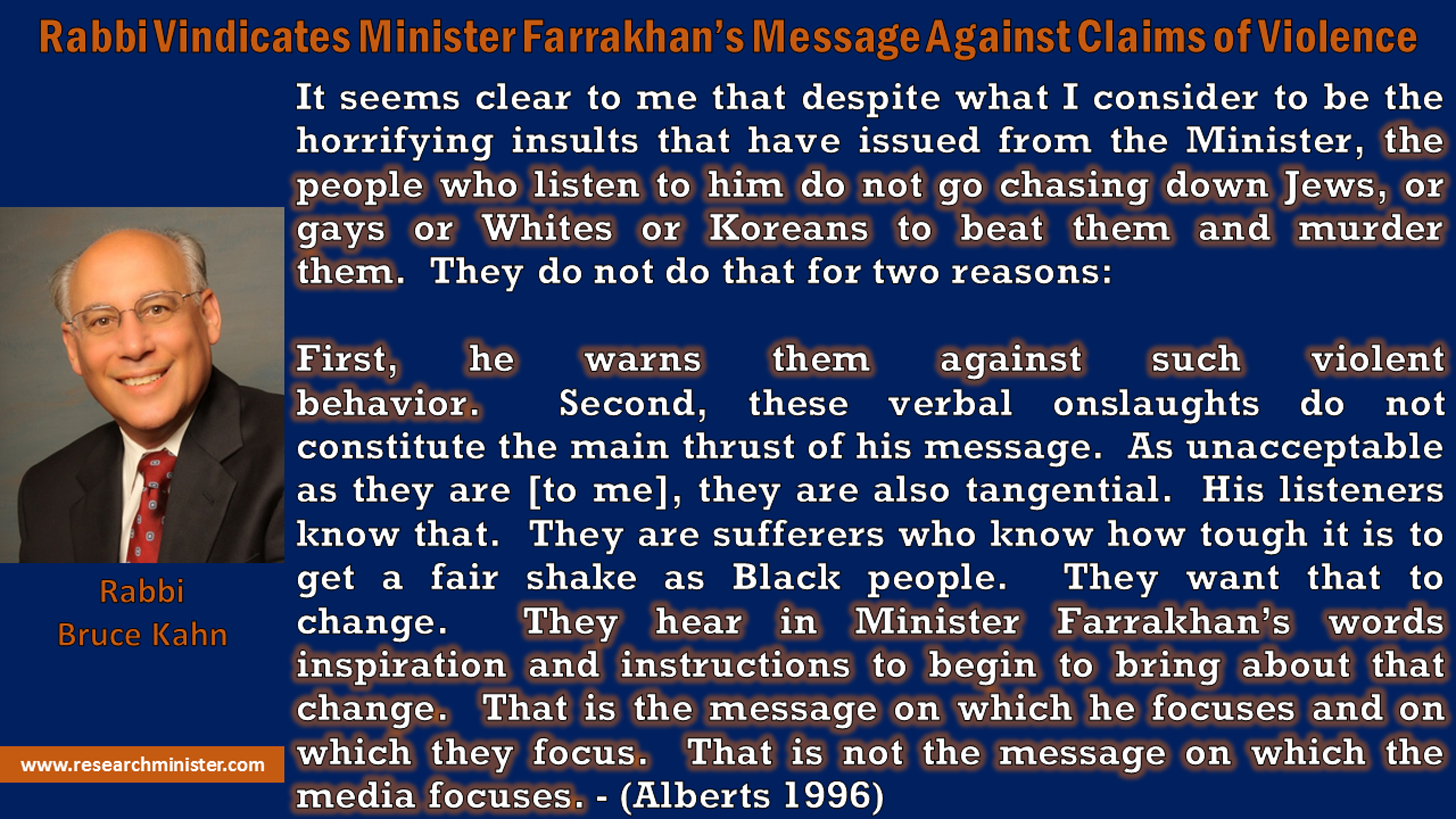 What kind of influence has he had? Are there any incidents of violence against the people he has been accused of “spewing hatred” towards? No? How about vandalism? – defacing temples or synagogues etc.? He called a Million Men to a gathering in Washington D.C (October 16, 1995). I’m sure those men who answered Minister Farrakhan’s Call wreaked havoc in the Nation’s Capital that day. Right?  You mean no one even suffered a bloody nose?

I must ask again what kind of influence has he had on the behavior of his followers, supporters and well-wishers?  I Think Father Pfleger answers the question in these remarks at the community rally at St. Sabina,

“I do not know of another man in America who can fill arenas around this country often times many of them [in attendance] if not a majority of them not Muslim-but simply want to love the Minister and hear his teaching. I don’t know of another person, group or religion in this country that has done a better job in raising up strong, clean, nonviolent black men and saving lives across this country than Minister Farrakhan and the Nation of Islam.”

If we were to accept Mr. Jay Tcath’s and those of his ilk’s characterization of The Honorable Minister Louis Farrakhan we would have to conclude that the Minister has failed at convincing his friends , supporters and followers to listen to him and follow his guidance. How else does one explain a man attempting to spread hatred but instead produces Love peace nonviolence and civility amongst those who follow and support him?