“Truth Trafficking” In Spite of Ban on Minister Farrakhan…A Must 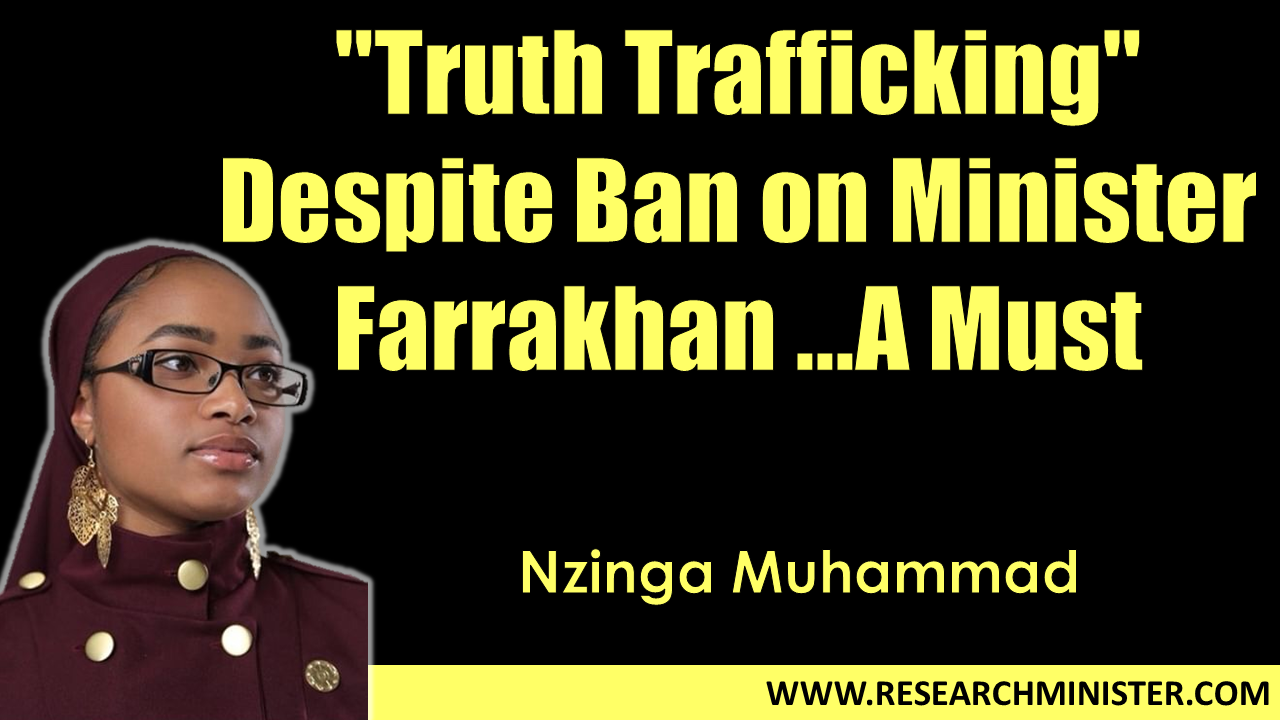 It is no coincidence that the Anti Defamation League (ADL) and the Southern Poverty Law Center (SPLC) have been advising and influencing technology companies such as Facebook, Google, Amazon, Microsoft, and Twitter.  These two organizations have labeled Minister Farrakhan and the Nation of Islam as a “hate group” for years. It is no coincidence that in June of last year, Minister Farrakhan had the blue check on his Twitter account removed, even though Twitter found no violation of their policies in regard to “hate speech.” It is also no coincidence that in February of this year, Amazon banned Volumes 1-3 of our history books, The Secret Relationships Between Black and Jews. Is it possible that Facebook is bowing down to the pressures against them? The charge of anti-Semitism against Minister Farrakhan has been refuted and proven to be false time and time again, yet the ADL continues to be obsessed with him. 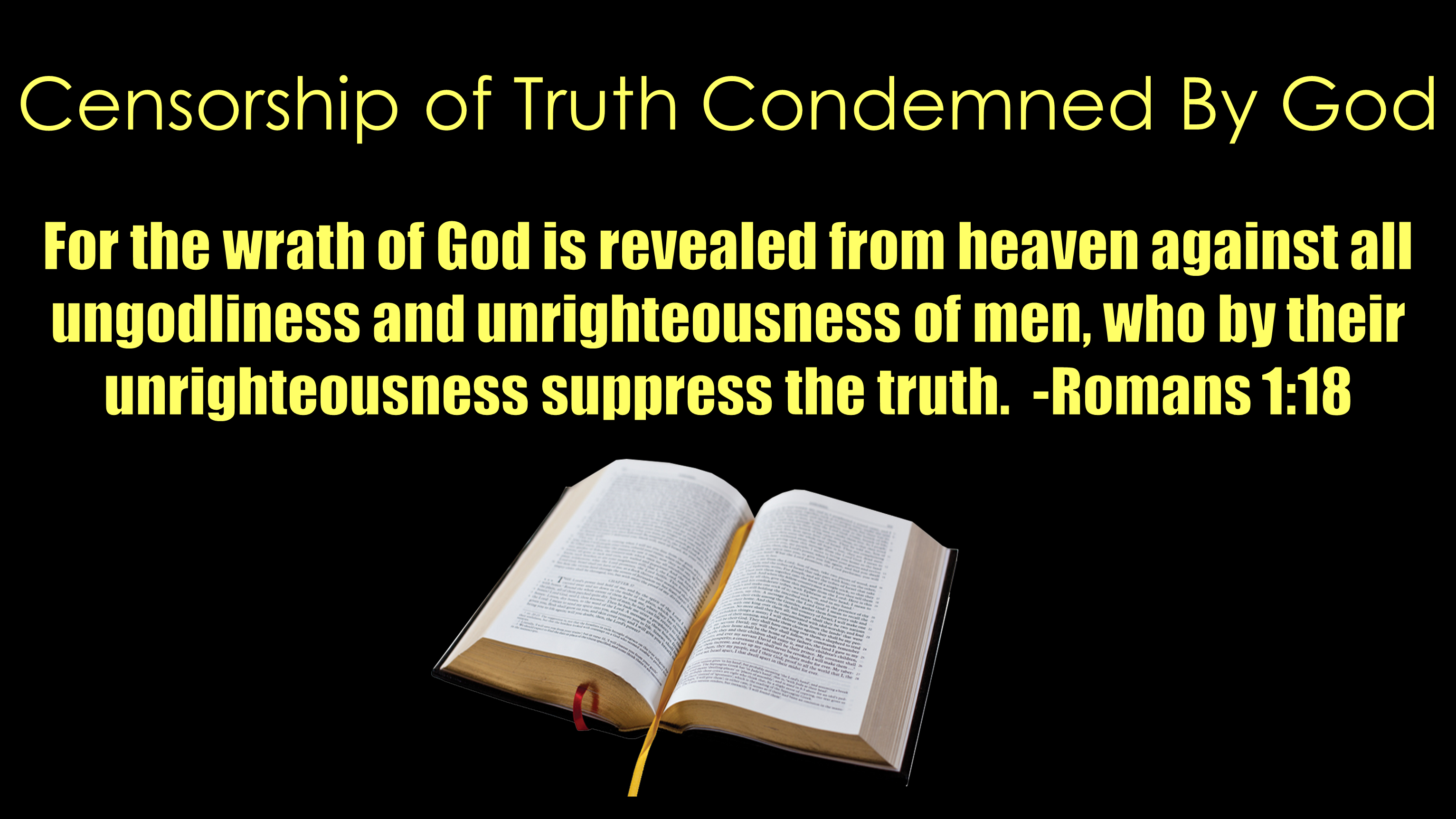 When Minister Farrakhan’s accounts were removed, many of his followers were wondering why such action took place. The media in reporting what took place labeled Minister Farrakhan as being “far right” in his ideologies and informed us that his accounts and others were banned for being “dangerous.”

Minister Farrakhan is not a black supremacist.  And it is wrong place him within the same category as white supremacists.  It is a rather obvious logical fallacy to draw an equivalency between the victims of white supremacy and the perpetrators of white supremacy. On social media, both the “Right” and the “Left” push the Minister back and forth as though he was some political football.  This is outrageous! The Minister has already made clear where he stands on the political spectrum. He said in a statement he issued regarding his trip to Iran last year,

“I am neither Right, Left, nor Center. I stand on the side of Truth and wherever the Truth may be found. No political party or political leader has an exclusive lock on the Truth.”

What is also interesting is that some individuals who identify with the Right are dissatisfied with the Minister’s account being banned. Many who never liked the Minister are calling the ban unfair, because it robs him of his First Amendment right of freedom of speech. In order to effectively deny him the freedom to speak truth to power, his message has been falsely described as “dangerous”. This is a tactic that has been used for decades. When the adversaries of the Black community seek to destroy the reputation of strong Black leadership, it always involves the false characterization of the leader’s message as that which is threatening to public safety. Calling Minister Farrakhan “dangerous” is to repeat an old pattern of crucifixion that has justified the assassination of black revolutionaries all throughout our history. According to a Facebook spokesperson to CNN, the factors that determine one to be dangerous on their platform are if that account:

1). Has ever called for violence against individuals based on race, ethnicity or national origin

2). Uses hate speech or slurs in their about section on their social media profiles

3). Has been identified with a hateful ideology

4). Has had pages or groups removed from Facebook for violating hate speech rules.

None of these factors describe the content, words, or character of Minister Farrakhan. Who has he sent to harm? You cannot find in the history of the Nation of Islam under his leadership where he has sent someone to go and harm a white or Jewish person. You cannot find any record of history where the Minister has sent his followers to deface a synagogue or church. We can actually find accounts of far-right Nazis and Ku Klux Klansmen who have used their platform to promote the harm of other people. For example, in March of this year, the shooter who killed 50 people at Al Noor mosque in New Zealand went on Facebook Live to stream his attack and praised Donald Trump as the “symbol of renewed white identity.” Where is the call to ban Trump’s account?  Right-wing men using their ideologies have been the biggest domestic terrorists and they are not the followers of Minister Farrakhan. When they call for rallies they are not interested in peace, in fact, they have used their gatherings and rallies to terrorize and harm others, as they have done in Charlottesville, Virginia in 2017. When the Minister calls for rallies, they are always peaceful. In 1995, he called for one million black men to come to Washington D.C. in the Million Man March.  That day was full of peace and unity among black men. They were asked to atone for their shortcomings and to take responsibility as men to be better for their communities and families. The Minister is one of, if not the biggest advocates for peace and non-violence and has forcefully addressed black on black violence.

Whether or not you believe or agree with all that the Minister teaches, you have to bear witness to his positive impact in the black community. What other black leader is known to have an influence on the gangs, or what we call “street organizations”, across the country? I do not know of another black leader who has helped resolved feuds and “beefs” between rappers like our Minister. As many have pointed out before, the Nation of Islam has always been present in the black community whenever there was a need for peace, especially when it comes to Hip-Hop artists. After the Minister spoke at the funeral services of our great brother, Nipsey Hussle, young Black and Latino people who had never heard of the Minister started following him on social media.  I witnessed this take place on my college campus. Minister Farrakhan and his speech became the “talk of the yard” among students who began having conversations about the relationship between the Nation of Islam and Hip-Hop music and culture. The Minister has indeed captured the imagination of countless youth and young adults as he calls for peace and unity within our community. This is definitely a danger to the present world of injustice and white supremacy.

This is not just an attack on Minister Farrakhan, this is an attack on all of us who have been positively impacted by him. Although the Minister is not shaken by the ban, it serves as a personal offense to those of us who know the good works of this beloved man. All over the world, people have been sharing the Minister’s videos, tweets, quotes, etc. in response to and in protest of the ban. Some are even experiencing being blocked from Facebook an Instagram as a result of flooding the newsfeed of their friends and followers with content from Minister Farrakhan’s message. The Facebook spokesperson to CNN as mentioned above in the article said,

“In some instances, banning individuals also restricts others from expressing praise or support for them on its platforms. This may or may not be applied to any or all of the individuals banned.”

What this should tell us is that an attack on Minister Farrakhan is an attack on every human being who has been positively impacted by his message. This plot to get rid of his online presence backfired tremendously. He has received tremendous support from all walks of life.  Many men and women have appeared to give their testimony as they bear witness to transformative power of Minister Farrakhan’s message within their own lives. If the Minister is really promoting “hate speech”, why are even white people sharing videos of support for the Minister? The testimonies this past week have attested to the magnitude of his messages that have spread online. Many people who are not even official members of the Nation of Islam have born witness that listening to a speech from the Minister on their smartphone or computer screen has been the difference between life and death for them. The Minister receives messages and comments daily from various persons reacting to his message and its role in helping them to overcome negative behaviors like drug abuse and self-destructive lifestyles. Is such salvific work actually dangerous? 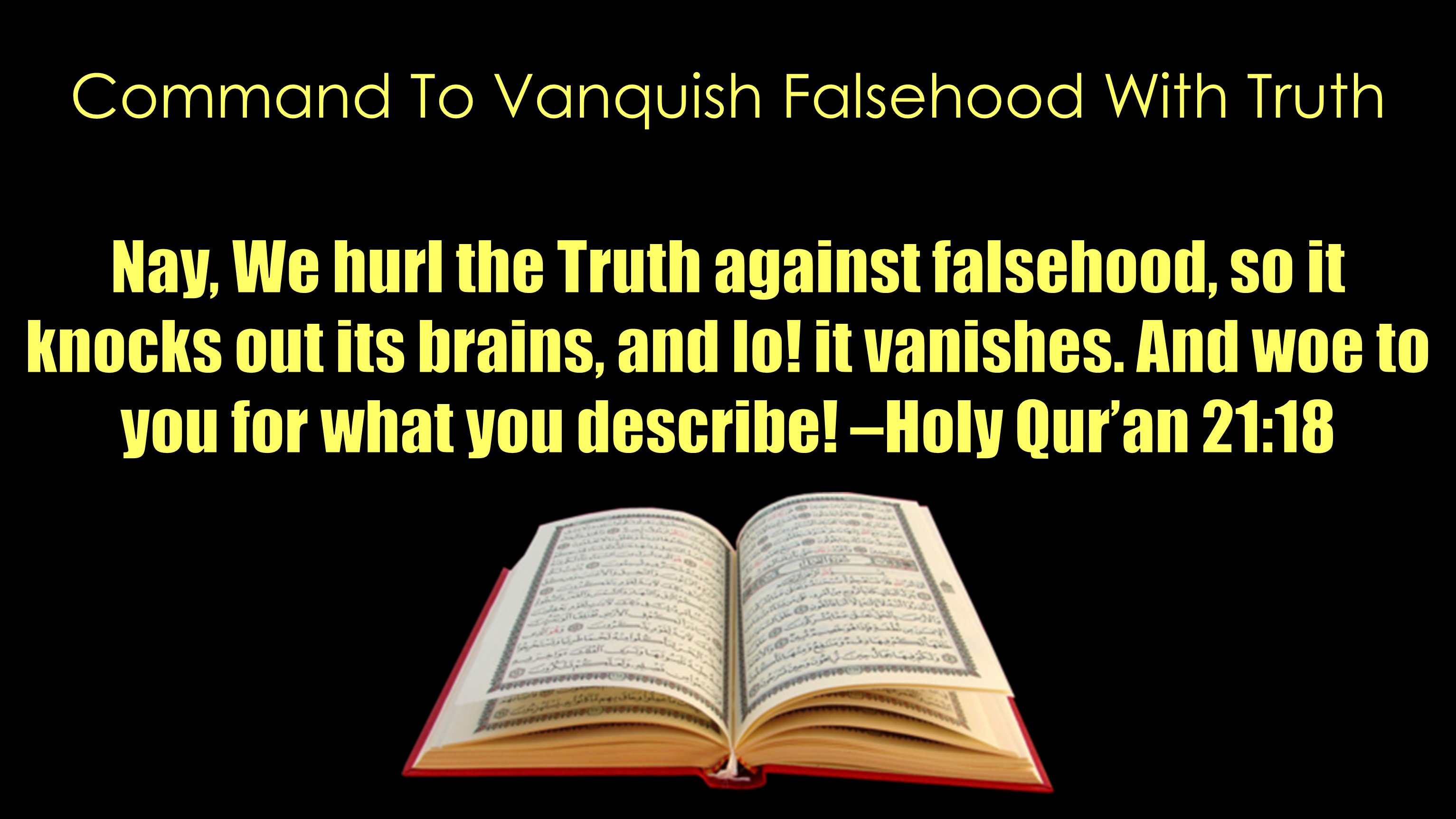 It is ideal to create a new and righteous platform where we are not censored and silenced for speaking truth to power.  In the meantime, it would be wise to continue to engage in truth trafficking on our social media platforms. There are people online who had never before paid attention to Minister Farrakhan, until seeing him as a trending topic and researching him for themselves. Let’s use this opportunity to flood our timelines and pages with his message. Social media is a tool.  And it can be used to help Minister Farrakhan in the mission of the resurrection the mentally dead masses. The work continues whether or not the Minister’s social media accounts are restored to active status.  As long as we take on the responsibility of saturating the social media landscape with the Truth as he has taught us. We cannot retreat from social media just because he is not there. This ban should serve as motivation to participate in the very trafficking of Truth that he encouraged us to do.